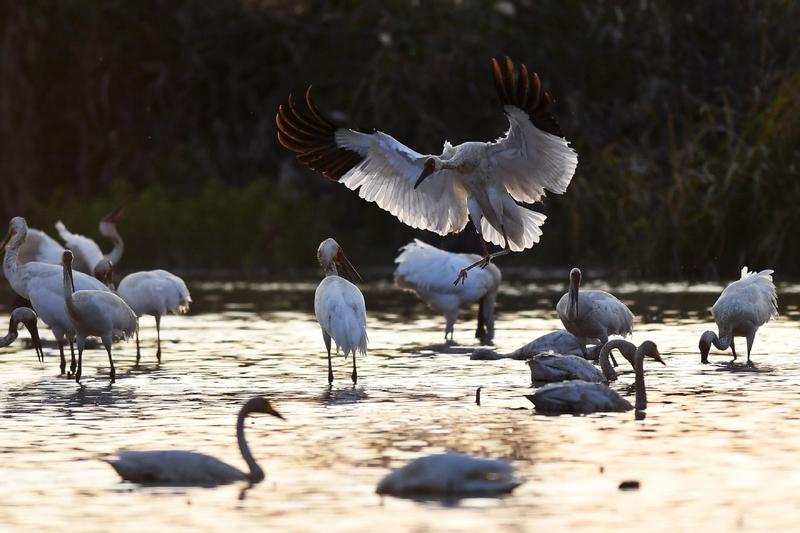 NANCHANG－Poyang Lake in East China's Jiangxi province attracted more than 680,000 wintering birds last year, 11,000 more than the previous year, as environmental protection measures were stepped up along the Yangtze River.

"The birds are bolder," said Liu Xinxi, an official at the Poyang Lake Wetland Park. "They used to only forage in the deep parts of the lake, but now they can be seen in the fields and pools."

In 2016, China prioritized environmental protection and the green development of the Yangtze, the country's longest river, urging nine provinces and two municipalities along the waterway to beef up efforts to improve the surrounding environment.

Five years on, the ecology of the Yangtze has seen great changes, with water quality continuing to improve.

As more wintering birds opt to spend their cold months on the Yangtze, authorities along the river have started exploring sci-tech and new development models to balance economic development and environmental protection.

As more wintering birds opt to spend their cold months on the Yangtze, authorities along the river have started exploring sci-tech and new development models to balance economic development and environmental protection

Yao Di, a police officer with the Nanchang Public Security Bureau in Jiangxi, said 5G and UAVs have significantly helped police to patrol the area and collect evidence against poachers. They were put into broader use alongside the implementation of a 10-year fishing ban at the start of the year.

"Monitoring used to be done on foot or using bicycles or motorbikes. Now it is done using cars, patrol boats and drones," said Shu Guolei, head of the Wucheng station in the Jiangxi Poyang Lake Wetland Nature Reserve, adding that real-time monitoring and a cloud platform have made protection work easier.

Approximately 98 percent of its population now winters at Poyang Lake, China's largest body of freshwater. "Over the past 10 years, we transformed many electricity pylons in the region into ideal places for birds to nest," said Zhang Yu, deputy director of the State Grid Jiangxi Electric Power Research Institute.

Zeng Nanjing, senior engineer at the nature reserve's administration, said, "Siberian white cranes love to build their nests high up, and the pylons have stable structures and are favored nesting places." 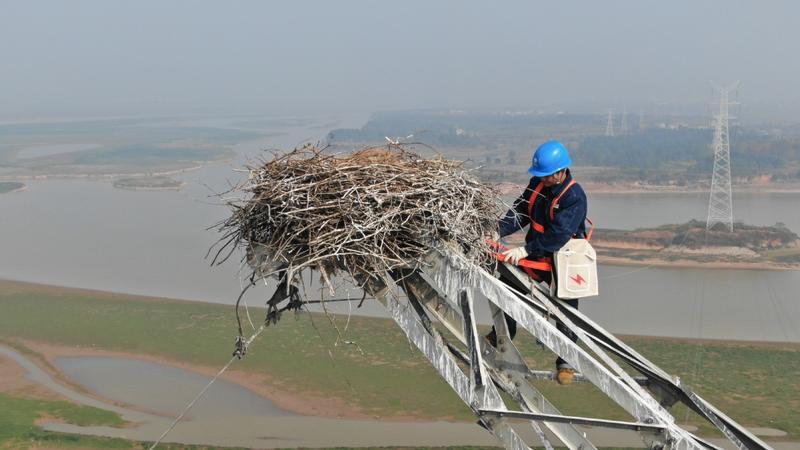 A total of 392,000 electricity pylons in 27 provincial-level regions across the country have been refurbished, Zhang said. An improved environment has not only brought wintering birds to the region, but also shutterbugs and bird watchers, further boosting local economic development.

In a white crane protection zone in Nanchang, thousands of cranes were seen on a 133-hectare lotus pond. The pond, initiated and invested in by bird lovers, is now being developed into a base for scientific research and education, as well as for tourism. Former fisherman Chen Fanyun from Nanji township in Nanchang is proud of his new role as a restaurant owner. "My restaurant is packed with visitors in peak seasons," he said.