Editor’s note: While China prepares to host the 15th meeting of the Conference of the Parties (COP15) to the Convention on Biological Diversity in Kunming, Yunnan province, next year, several experts share their views on the achievements the country has made in repairing ecological damage and conserving biodiversity: 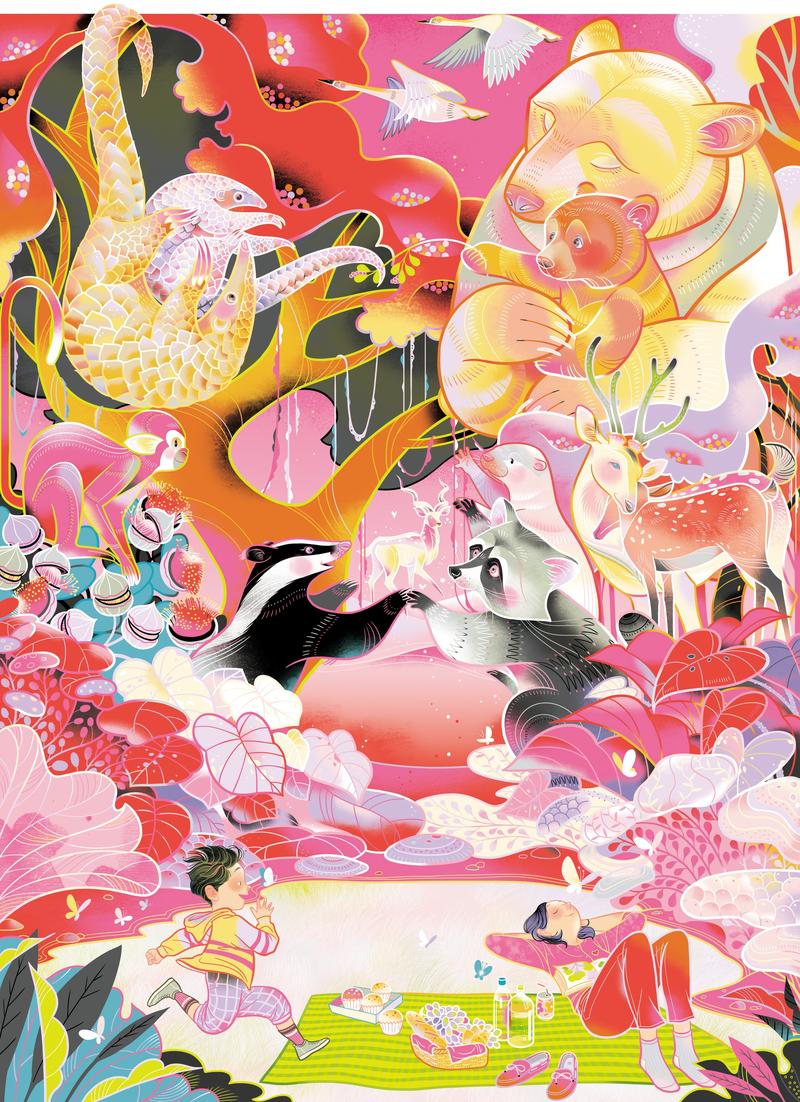 The 15th meeting of Conference of the Parties to the Convention on Biological Diversity (CBD), scheduled for May 2021 in Kunming, is expected to adopt the Post-2020 Global Biodiversity Framework and work out the global biodiversity conservation blueprint for the next decade. COP15 would therefore be a historic opportunity to adopt measures to restore global biodiversity losses.

Given the differences in the economies, geographies, cultures and the political will of the parties to the CBD, the global biodiversity targets have not been comprehensively integrated into many party countries’ National Biodiversity Strategies and Action Plans.

Since biodiversity conservation involves departments such as environment, agriculture, forestry and marine, and since cross-sectoral governance mechanisms are often complicated and inefficient, conservation work often suffers.

And given the differences in the capabilities of the parties to COP15 to implement, monitor and assess conservation work, it is difficult to set global guidelines for future biodiversity conservation.

Since China issued its National Biodiversity Conservation Strategy and Action Plans (2011-30), a series of measures have been taken, including revising laws, regulations and institutional mechanisms, and strengthening in situ and ex-situ conservation, promoting public participation, and deepening international cooperation.

As a result, China has made notable progress toward 17 of the 20 Aichi Targets and achieved some of these ahead of schedule. (According to the recently released Global Biodiversity Outlook 5, only six Aichi Targets have been partly achieved at the global level.)

China’s efforts have also laid a solid ground for implementing 10 SDGs including those related to water and sanitation, sustainable consumption and production, climate change and protection of terrestrial ecosystems.

Guided by the philosophy of ecological civilization, China will continue contributing to the realization of global biodiversity targets and SDGs.

Liu Yan, a professor at and director of Nanjing Institute of Environmental Sciences, the Ministry of Ecology and Environment.

The government attaches great importance to the protection and restoration of natural ecosystems. Since the 1980s, work has been progressing smoothly on the Three-North Shelterbelt — the world’s largest afforestation program — and the Yangtze River Basin Shelterbelt.

Shelterbelts are hedges or fences of trees to lessen the force of wind (and thus desertification) and reduce erosion, and therefore preserve the soil.

The turn of the century saw China adhering to a new concept of development, which includes integrated conservation and restoration of mountains, water bodies, forests, farmlands and grasslands.

To repair ecological damage, the government has implemented key programs including those on natural forest resource protection; conversion of grazing land to forest and grassland; comprehensive treatment of rocky desertification; key projects of soil and water conservation; and protection and restoration of mountains, rivers, forests, farmlands, lakes and grasslands.

Thanks to the programs, the habitats of wildlife in key areas have improved, ecological degradation arrested and ecosystems recovered.

Since beginning in the late 1980s, both forest cover and wildlife in China have increased. For example, the government has spent 500 billion yuan ($74.6 billion) on the natural forests protection program it launched in 1998, preserved 20,000 hectares of natural forests, and increased the forest cover rate by more than 4 percentage points.

NASA data show the net increase of green area in China was about 1.35 million square kilometers from 2000 to 2017, and the rate of increase of green area was 17.8 percent, the highest in the world and equal to the combined contribution of Russia, the United States and Australia. Of the global total, China accounted for about 25 percent of the new green area.

Besides, China has designated 64 wetlands as “wetlands of international importance” (Ramsar sites protected by an international treaty for conservation of wetlands), 156 wetlands as wetland nature reserves, and 899 wetlands as national wetland parks, which means 52.2 percent of the country’s wetlands are under protection.

Since 2004, areas threatened by desertification or sandification have been decreasing. The expanding deserts used to swallow on average 10,400 sq km of land per year till the end of the last century. Now, 2,424 sq km of desert land is greened every year.

About 3,436 sq km of land used to be lost annually to sandification till the end of the last century — today only about 1,980 sq km of land is lost per year. This means China has realized the UN goal of “zero growth in land degradation by 2030” much before schedule.

The loss and degradation of biodiversity are a common concern for humankind. As one of the world’s 12 mega-biodiversity countries, China faces the most severe challenges and threats, and therefore has been following the policy of “promoting implementation of global conventions through improvement of the domestic legal system” since signing and ratifying the Convention on Biological Diversity in 1992.

Thanks to the policy, from a “follower” and a “major participant” in CBD, China has become an “active contributor” to conserving global biological diversity.

Follower (1992-2002): Owing to its rapid economic and overall national development, China has been practicing the diplomatic philosophy of “being a responsible major country in the international society”.

Since China signed five documents embodying the idea of sustainable development at the UN Conference on Environment and Development, many newly formulated and revised environmental laws, regulations and rules have become part of China’s mechanism to protect the diversity of genetic resources, species and ecosystems.

In fact, as China’s fundamental law on the environment and ecology, Article 9 of the Constitution stipulates: “The State ensures the rational use of natural resources and protects rare animals and plants.”

Major participant (2002-12): At the turn of the century, China not only became the world’s second-largest economy, but also started facing increased pressure to get the needed resources and protect the environment.

To do so, China revised many of the domestic laws and made protection of biodiversity — including specific areas of biosafety and genetic resources — a top priority.

The construction of an ecological civilization, in turn, has facilitated major reforms on the country’s political, economic, legal, diplomatic and other fronts.

More important, biodiversity conservation has been included in the official agenda at the highest level and has become an important political issue.

Qin Tianbao, a professor at and director of the Research Institute of Environmental Law, Wuhan University.

Plants play the key role in maintaining the global environment and preserving biodiversity, which are essential to human life and development. And with more than 35,000 species of “higher plants” — about 10 percent of the global flora — China is the third-largest plant species owner in the world.

It is also one of the four centers of origin of cultivated plants and is known as the “Mother of World Gardens”, as it has the most abundant garden flower plants.

But in recent years, more than 3,800 plant species in China have been listed as threatened due to habitat loss and fragmentation, overexploitation, alien species invasion, pollution and climate change.

To cope with these problems, and to protect, restore and sustainably use plant species, China is among the few countries to implement the plant protection measures according to the Convention on Biological Diversity, which it signed in 1992.

The progress report on China’s implementation of the Global Strategy of Plant Conservation (2011-20) says China has achieved about 70 percent of the targets set in the GSPC and established a relatively complete plant diversity protection network.

In his letter of congratulations to the 19th International Botany Congress held in Shenzhen in 2017, President Xi Jinping said: “China is one of the countries with the richest plant diversity in the world. Since ancient times, the Chinese people have worshiped nature and loved plants. The Chinese civilization contains a profound plant culture.”

And at the 2018 Global Partnership for Plant Conservation conference in South Africa, China was lauded for being one of the countries to have made progress in plant conservation.

China has formulated the Chinese version of the GSPC (2021-30), which will serve as an important reference for implementing the CBD, and realizing the UN Sustainable Development Goals by 2030 and the vision of “living in harmony with nature” by 2050.

Ren Hai, a professor at and director-general of South China Botanical Garden, the Chinese Academy of Sciences.

The views do not necessarily represent those of China Daily.