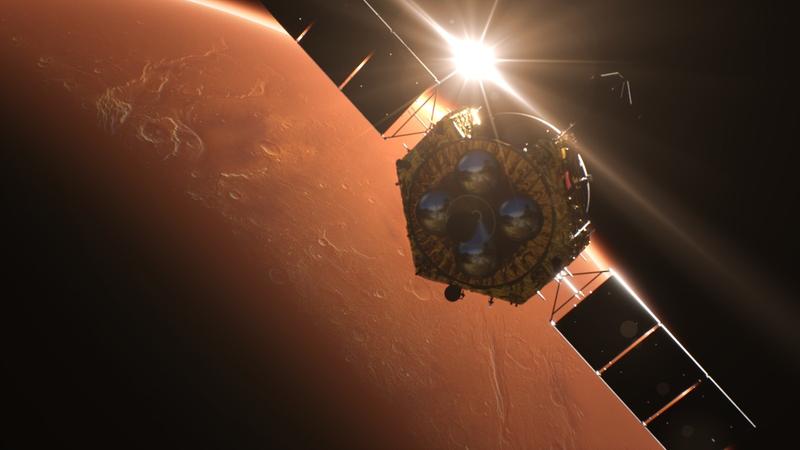 The probe's 3,000-Newton-thrust orbital-control engine was activated at 7:52 pm and worked for about 15 minutes to conduct a crucial "braking" operation to decelerate the probe and help it be captured by Martian gravity.

Then the probe moved into an elliptical orbit with a perigee of about 400 kilometers and a circling period of 10 days, then started flying around the planet according to the China National Space Administration.

One of the most important and challenging steps in the Tianwen 1 mission, the Martian orbital operation came one day after the United Arab Emirates' Hope probe, the first interplanetary mission by the Arab world, entered Martian orbit.

The move was difficult because it required the probe to slow down within 10 minutes from the ultrafast speed of 28 kilometers per second to about 1 km/s, according to designers at the Shanghai Academy of Spaceflight Technology who designed the Tianwen 1 orbiter. They noted that the whole process was autonomously executed by the craft.

The Tianwen 1 mission's ultimate goal is to land a rover in May or June on the southern part of Mars' Utopia Planitia－a large plain within Utopia, the largest recognized impact basin in the solar system－to conduct scientific surveys

Meaning "quest for heavenly truth" in Chinese, Tianwen is named after a long poem written by famous ancient poet Qu Yuan of the Kingdom of Chu during the Warring States Period (475-221 BC). He is known for his patriotism and contributions to classical poetry, especially through poems in the anthology Chu Ci anthology, or Songs of Chu.

The 5-metric ton probe, which consists of two major parts－the orbiter and the landing capsule－had flown for 202 days and about 475 million km on its journey to Mars before its arrival. The average flight speed was about 100,000 kilometers per hour.

As of Wednesday night, it was around 192 million km from Earth and was in good condition, the space administration said in a statement.

During its journey, the spacecraft conducted four midcourse corrections and a deep-space orbital maneuver to make sure it was always precisely aimed at Mars. 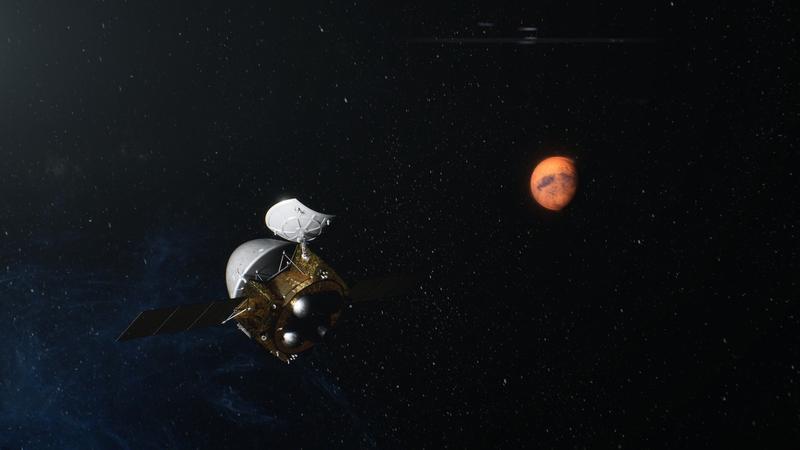 Next, it will carry out several orbital adjustments to move into a "berth" orbit above the red planet to make observations and investigations of the preset landing site, the statement said. It added that payloads mounted on Tianwen 1's orbiter including cameras, a magnetometer and a mineral spectrometer will gradually begin to work on their scientific tasks.

On Friday, the space administration published a black-and-white picture of Mars taken by Tianwen 1 when the probe was about 2.2 million kilometers from the red planet, the first snapshot of the planet from the Chinese craft.

Tianwen 1 is the world's 46th Mars exploration mission since October 1960, when the former Soviet Union launched the first Mars-bound spacecraft. Only 18 of those missions were successful.

In the second step in China's Mars exploration program, a larger probe will set off for Mars around 2030 to take samples and then return to Earth, space officials said.