A black-and-white picture of Mars taken by Tianwen 1, the first snapshot from the Chinese craft.(PHOTO PROVIDED BY CHINA NATIONAL SPACE ADMINISTRATION)

China's Tianwen 1 Mars probe conducted its fourth orbital correction on Friday evening, as the spacecraft makes ready for its arrival in orbit around Feb 10, according to the China National Space Administration.

The robotic vehicle ignited one of its engines at 8 pm to make an orbital correction and ensure it would be flying in the right direction toward the Martian gravitational field, the administration said in a brief statement.

The administration also published a black-and-white picture of Mars taken by Tianwen 1 when the probe was about 2.2 million kilometers from the red planet, the first snapshot from the Chinese craft.

It will conduct a "braking" operation to decelerate and make sure it will be captured by Martian gravity around Feb 10, said China Aerospace Science and Technology Corp, the nation's leading space contractor.

The space administration previously said if everything goes according to schedule, the 5 metric ton probe, which consists of two major parts - the orbiter and the landing capsule - will travel more than 470 million km before entering Martian orbit, when it will be 193 million km from Earth.

The spacecraft has already made four midcourse corrections and a deep-space orbital maneuver.

The mission's ultimate goal is to soft-land a rover in May on the southern part of Mars' Utopia Planitia - a large plain within Utopia, the largest recognized impact basin in the solar system - to conduct scientific surveys. 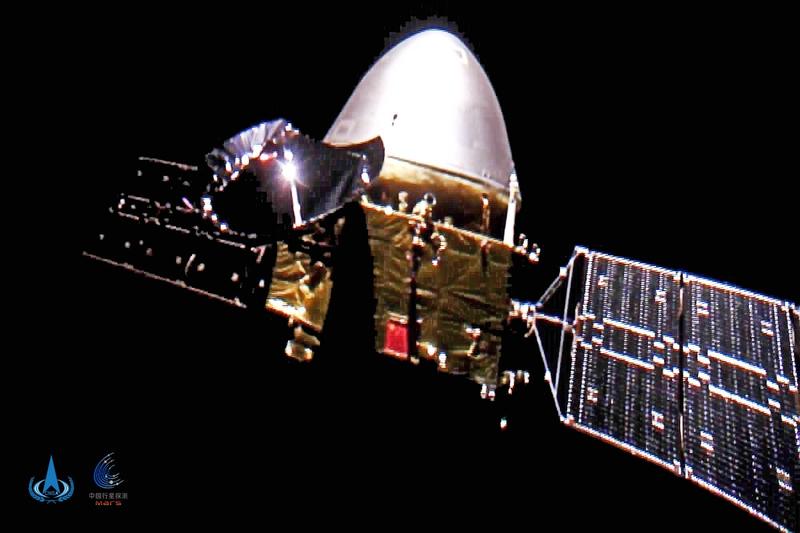