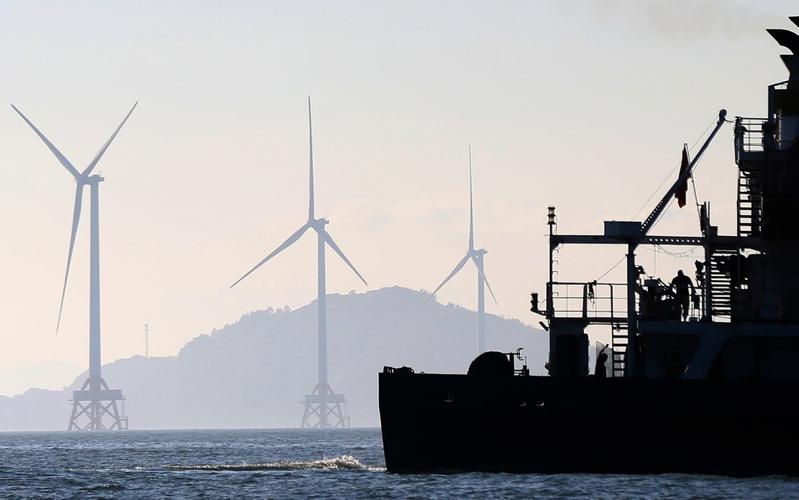 China can achieve carbon neutrality and become a fully developed and rich economy by 2060 and potentially as early as 2050, said a report entitled "China zero-carbon electricity growth in the 2020s "released last month.

The key for China to achieve this goal, according to the Rocky Mountain Institute, a global clean energy think tank based in the United States, is to electrify as much of the economy as possible and to ensure that almost all electricity is generated with zero-carbon resources well before the target date for overall carbon neutrality.

The key for China to achieve this goal, according to the Rocky Mountain Institute, a global clean energy think tank based in the United States, is to electrify as much of the economy as possible and to ensure that almost all electricity is generated with zero-carbon resources well before the target date for overall carbon neutrality

It is possible for technologically advanced economies to achieve zero carbon by mid-century at a very low economic cost, it said.

This was echoed by analysis from Tsinghua University's International Center for Climate Change and Sustainable Development, which showed how China could meet the 2060 or earlier carbon neutrality target.

What happens in China's electricity system in the 2020s is therefore vital both to peak emissions before 2030 and to the credibility of the 2060 or earlier carbon neutrality target, and China must significantly accelerate growth in zero-carbon power investment to be on a path to meet the country's objective, it said.

On Sept 22, President Xi Jinping said China will achieve carbon neutrality before 2060 and peak emissions before 2030. This, according to the institute, is an "important step forward in the international fight against climate change and reflects China's determination to provide responsible global leadership."

The institute said any new coal investment threatens to create assets that will either make the target unattainable or will have to be closed down well before the end of their useful life. This would waste investment resources and pose additional challenges to decarbonizing the power system.

Liu Yujing, an analyst with BloombergNEF, said that even though some regions will acquire new coal investment－which is believed to create a waste of investment resources and additional challenges to decarbonizing the power system－profitability of the assets over the long term is questionable, judging from which investors may come up with better market mechanisms to replace short-term demand for coal-powered facilities.

The appropriate strategy compatible with China's long-term carbon neutrality target should therefore be to ensure that moving forward, almost all growth in China's power-generating capacity is zero-carbon, with no new coal investment, said the institute.

According to Joseph Jacobelli, an independent energy analyst and executive vice-president for Asia business at Cenfura Ltd, a smart energy services company, rising clean energy generation is the most critical area for reaching the target and acceleration of new variable renewable energy sources, including wind and solar, and will continue in the coming 30 years.

"It may actually occur at a rate faster than that expected in the report, driven by falling variable renewable energy production costs as well as the progressive introduction of energy storage solutions whose cost is also declining," he said.

"The ongoing advances in digital energy technologies, including AI and blockchain, will help the management of VRE by grid networks. Nuclear and other forms of clean energies, including green hydrogen, will also aid the nation in its path to zero-carbon by 2050-60."