By ​Cang Wei in Nanjing 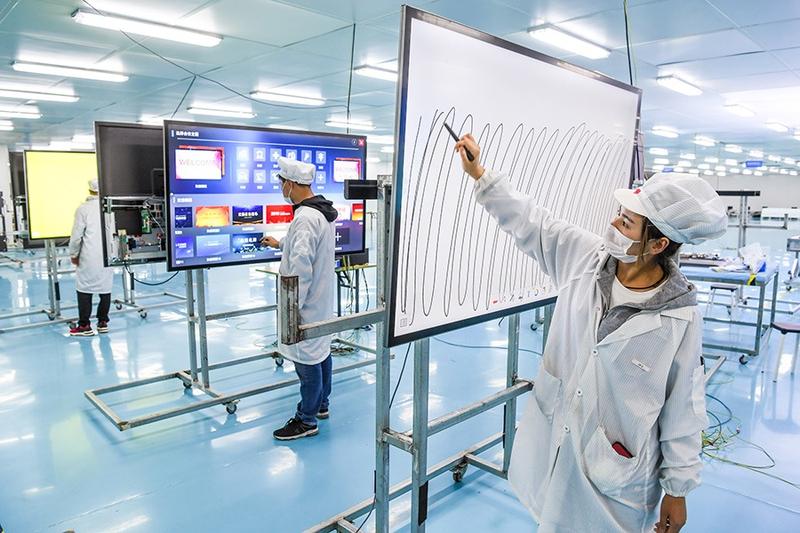 The GDP of Jiangsu province increased by 3.7 percent to reach 10.27 trillion yuan (US$1.59 trillion) in 2020, surpassing 90 percent of the world's economies, according to local authorities.

It surpassed the 2019 GDP of Spain and Australia and almost equaled South Korea's 2020 GDP, according to Suning Institute of Finance, which is a research institution under Suning Finance.

Wu Zhenglong, Jiangsu's governor, said at the opening ceremony of the annual session of the provincial legislature on Tuesday that the province's per capita GDP reached 125,000 yuan in 2020.

Although Guangdong province topped the country's GDP list in 2020, exceeding 11 trillion yuan, its population is more than 34 million greater than that of Jiangsu.

The achievements, Wu said, did not come easy.

"The safety and health of our people are the most important. We stepped on the 'emergency brake' without hesitation when the pandemic broke out. We had no more new confirmed cases in the province in less than one month and then successfully treated all patients within another 30 days."

Jiangsu, with a population of more than 80 million people, had registered a cumulative 692 confirmed cases as of Tuesday, according to the provincial health commission.

It also sent more than 3,100 people, including 2,800 medical workers, to help Hubei province to contain the virus.

While the province's GDP rose by 3.7 percent year-on-year, its GDP during the first six months increased by only 0.9 percent, according to the provincial bureau of statistics. In the first quarter, the provincial GDP decreased by 5 percent due to the pandemic, it said.

To normalize the province's economy and society, Jiangsu initiated multiple financial and social policies, including cutting 252 billion yuan in taxes and fees for companies and individuals.

Also, its combined import and export volume in 2020 reached a record high of 4.45 trillion yuan, accounting for 13.8 percent of the country's total. Its actual use of foreign capital in 2020 reached US$28.38 billion, up 8.6 percent year-on-year.

Lyu Xiaopeng, deputy director of the financial and economic committee of the Jiangsu Provincial People's Congress, said that the provincial statistics have been repeatedly checked and verified by the National Bureau of Statistics.

"We don't only focus on the GDP growth," he said. "We also consider the improvement in people's lives and the protection of the environment."

Jiangsu's 2020 GDP was the result of "healthy and green development", he said.

The province is aiming for economic growth of more than 6 percent in 2021, according to a government work report delivered by Wu on Tuesday. It will strive to achieve per capita GDP of more than 150,000 yuan in the next five years.