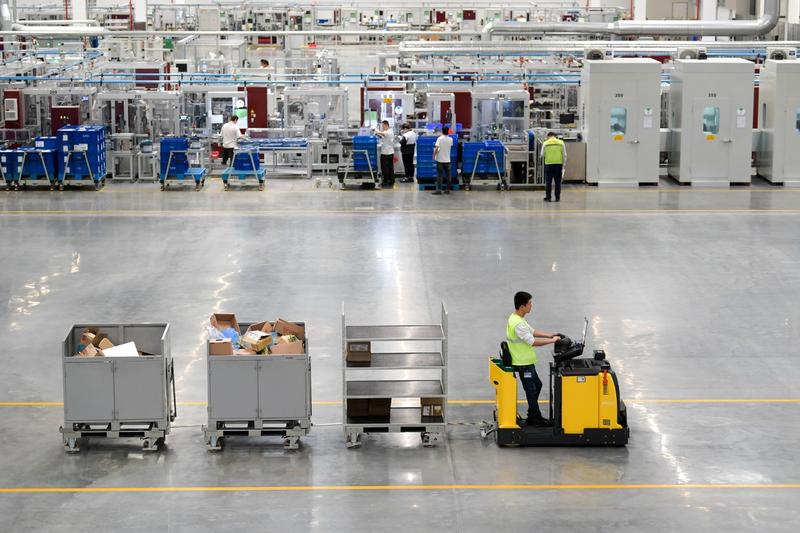 Jiangsu province's Taicang, a city that borders Shanghai, has emerged as a center for foreign companies because of its business-friendly environment and vast improvements in its living standards.

In recent years, thousands of German and other European and US companies, have set up shop in Taicang.

German companies, in particular, are ubiquitous in the area－so large is their number, as well as the number of their nationals, that there are German restaurants, celebrations of German festivals and German schools.

The city marks a sort of continuum in Sino-German business ties that go back a long way, they said.

Industry observers said German companies have a history of doing great business in China. China is a key market for Germany's premium carmakers. And German high-tech manufacturing tools are a common sight in Chinese factories

Industry observers said German companies have a history of doing great business in China. China is a key market for Germany's premium carmakers. And German high-tech manufacturing tools are a common sight in Chinese factories.

In recent years, Germany's small and medium-sized enterprises, which have become the backbone of that country's economy, are vying with large-scale corporations to seize opportunities in China. In their view, China is critical to their long-term business strategy.

Executives of foreign companies in the area said government policies are steadily improving the attractiveness of China.

German companies were able to adapt easily to doing business in China on the back of a good regulatory environment, the rule of law, and openness to foreign investment.

Cities such as Taicang emphasize a good quality of life. They have built, or are building, many parks, green spaces and world-class local public transport systems.

This should explain why adapting to China is no longer very difficult for someone coming from Germany or other European countries, executives said.

Matthias Mueller, managing director of the German Center for Industry and Trade in Taicang, praised the city's business environment, noting that it is friendly, convenient and approaching German standards of transparency.

Mueller said, "There is lots of competition among places in southern Jiangsu to attract foreign investment, so that already improves the service attitude.

"The place has changed from an industrial spot with lots of smoking chimneys to a developed area and a very attractive city. Germans have everything they need here. It is a green city."

Yu Haibin, general manager of Brose Taicang Automotive Systems Co, a division of the Coburg-headquartered family-owned German company, said his experience is that the local government and businesses treat each other as family members. "Whenever the company finds difficulties or problems, we consult with the relevant government authority," he said.

David Blair in Taicang contributed to this story