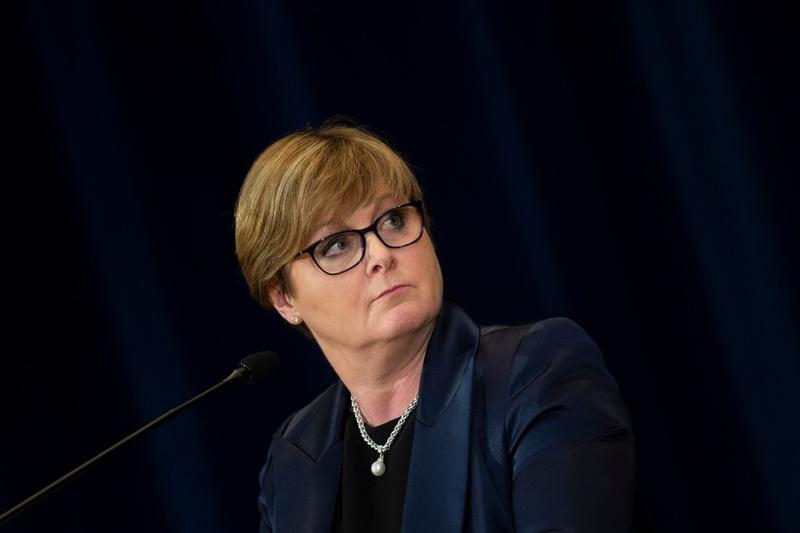 Australia's Minister for Defense Linda Reynolds listens during a press conference at the US Department of State following the 30th AUSMIN on July 28, 2020, in Washington, DC. (BRENDAN SMIALOWSKI / POOL / AFP)

SYDNEY - Australia will spend A$1 billion (US$770 million) developing new naval weaponry capabilities, including long-range missiles and torpedoes, the federal government said on Monday, part of a vast defense upgrade.

“These new capabilities will provide a strong, credible deterrent that will ensure stability and security in the region,” Defense Minister Linda Reynolds said in the statement.

The spending is part of a previously announced defense budget increase over the next decade as the country seeks to pivot its military focus to the Indo-Pacific region.

READ MORE: US Marines' rotation to Australia to go ahead despite virus fears