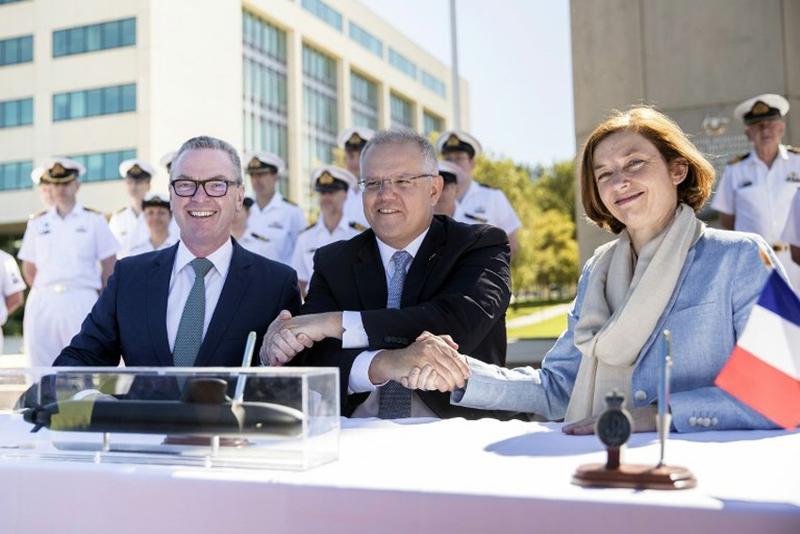 CANBERRA – The Australian government has signed a key contract with French shipbuilder Naval Group for the nation's Future Submarine program.

The submarines will help protect Australia's security and prosperity for decades to come and also deepen the defense relationship between Australia and France.

The A$50-billion (US$35.5 billion) contract will see Naval Group design and build 12 new attack class submarines for the Australian Navy. The first of the submarines will be battle-ready as early as 2034.

Pyne, who has repeatedly denied that the project has been set back by protracted SPA negotiations, said that the signing was a "defining moment" for Australia.

"The submarines will help protect Australia's security and prosperity for decades to come and also deepen the defense relationship between Australia and France," he said in a joint media release with Morrison and Defence Industry Minister Steven Ciobo.

"Our government is committed to maximizing local industry involvement in the program to ensure Australians get the most out of this important national investment."

The program has been plagued by controversy since the French company had won the contract despite German and Japanese companies making considerably cheaper bids.

The Australian Broadcasting Corporation (ABC) reported in December 2018 that Naval Group had made "unprecedented" requests during SPA negotiations, including asking for a 25 percent cost blowout allowance and a two-year extension. Pyne had strenuously rejected the report at the time.

US giant Lockheed Martin has been chosen to design and fit the new fleet's weapon systems.