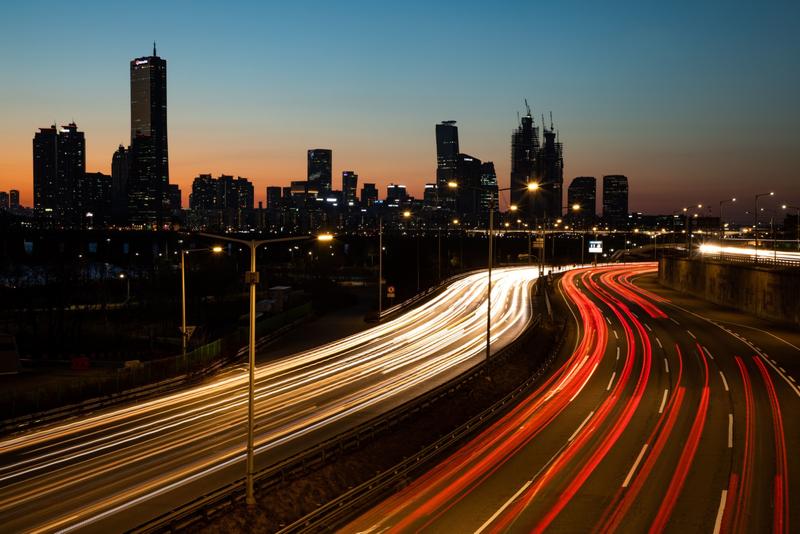 Light trails left by moving traffic run along a highway at dusk in Seoul, South Korea, on Jan 20, 2019. SEONGJOON CHO/BLOOMBERG)

South Korea probably ended 2020 with less economic scarring than its developed peers and comparable income levels, as exports helped drive a recovery even with multiple waves of the coronavirus making consumers reluctant to spend.

The Bank of Korea is expected Tuesday to report quarterly growth of 0.9 percent in the last three months of 2020, that would limit the contraction over the whole year to 1 percent, according to a Bloomberg calculation.

Exports were likely the main pillar for growth last year and will remain so for 2021, as the shift to work- and study-from-home practices lift demand for South Korean semiconductors and other tech devices

That outcome, if confirmed, would be slightly better than the central bank’s -1.1 percent forecast. It would also likely be the smallest contraction among members of the Organisation for Economic Co-operation and Development in the year of the pandemic.

Such a performance would bolster President Moon Jae-in’s claim that the government’s strategy of containing outbreaks without a mass shutdown has helped people’s incomes reach Group of Seven levels for the first time ever. While Korea has imposed some limits on business operations, the measures have generally been less severe than the lockdowns in some countries in Europe.

South Korea’s per-capita income stood at US$33,790 in 2019 based on World Bank data, slightly below Italy’s US$34,530. South Korea has a good chance of topping the European country if income trends are in line with gross domestic product performance. Economists estimate Italy’s economy shrank by around 9 percent last year.

Still, even if South Korea overtakes Italy on this measure, the figures may not capture the whole picture. The winter wave that swept across the Asian country in the fourth quarter likely prevented a V-shaped recovery, with growth slowing from the third quarter as stricter social distancing rules were enforced. Daily cases peaked above 1,000 in December, before coming down to around 300-400 recently. 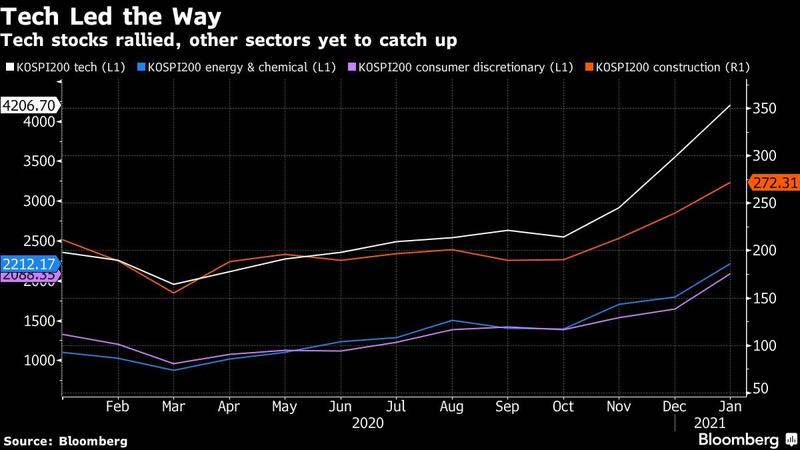 Exports were likely the main pillar for growth last year and will remain so for 2021, as the shift to work- and study-from-home practices lift demand for South Korean semiconductors and other tech devices. Shipments in December surged at the fastest pace since 2018, and the recovery has extended into January.

With the virus a constant threat and inward tourism halted, the exports momentum has failed to spill over into domestic demand. The economy shed the largest number of jobs since 1999 last month, with the services industry bearing the brunt of losses. That suggests more of a K-shaped recovery even if per-capita figures climb above Italy’s. 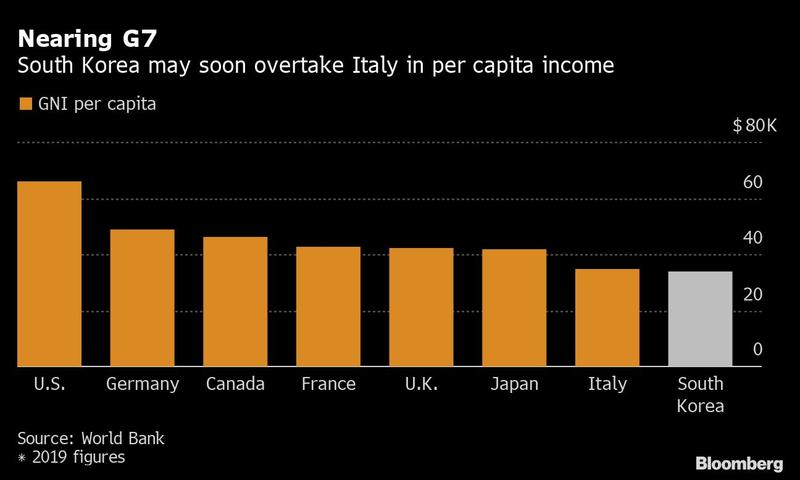 “We are concerned that an uneven recovery across sectors and businesses will disproportionately impact the low-income group,” said Lloyd Chan, an economist at Oxford Economics. “Because they tend to have a relatively higher propensity to consume, rising job losses in this group will pose a drag on private consumption.”

The growing divergence between trade and domestic consumption deepens concerns about an uneven recovery, adding to the case for the government to boost its fiscal firepower while the central bank maintains loose policy.