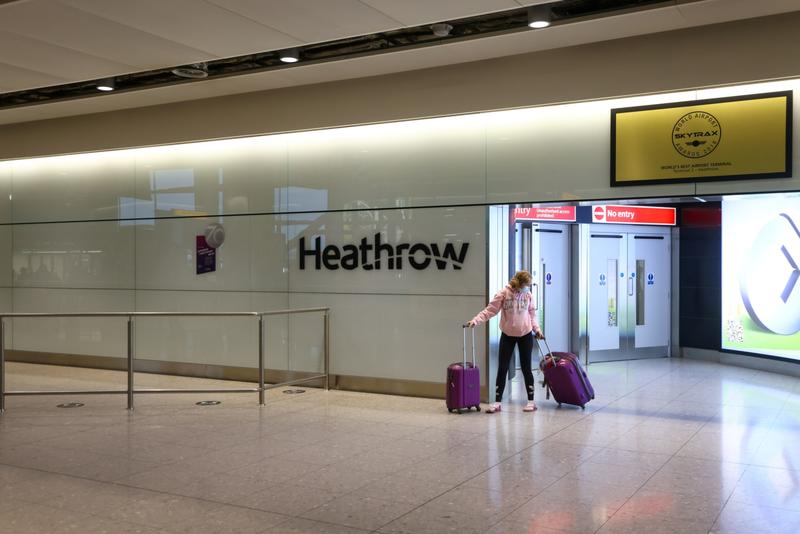 All of Europe’s airport’s suffered, with 23 million passengers equating to a rank outside the top 30 in any normal year

Heathrow’s 73 percent drop left it trailing both Istanbul’s new hub, which attracted 23.4 million travelers in its first full calendar year of operation, and Paris Charles de Gaulle, which retained the No. 2 spot.

All of Europe’s airport’s suffered, with 23 million passengers equating to a rank outside the top 30 in any normal year.

A push to replace country-specific entry curbs with pre-flight testing has unraveled with the rise of more-infectious strains of the virus. Britain’s quarantine policy and a shifting list of exempted countries have also discouraged travel to London. The government last week tightened up further, halting flights from South America and extending self-isolation to all arrivals. 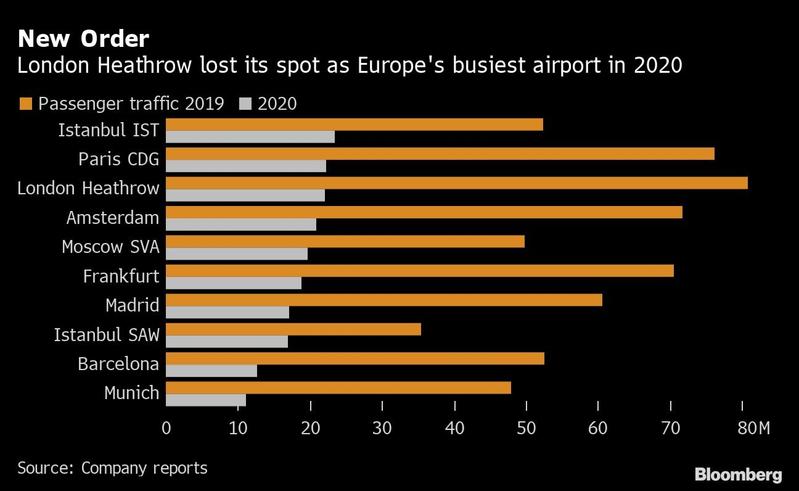 While most West European airports -- from Frankfurt to Amsterdam to Barcelona -- saw traffic sink 70% or more last year, Istanbul’s two biggest hubs and Moscow Sheremetyevo reported smaller declines, thus rising in the ranks. Traffic at Moscow’s two smaller airports has not yet been reported.

New national clampdowns mean travel will remain difficult for some time. Italy extended its state of emergency into April, while Austria’s lockdown will run into February, with Germany set to follow suit.

Starting Monday, travelers coming into France from outside of the European Union will have to be tested prior to boarding, agree to self-isolate for a week upon arrival, and then take another test.