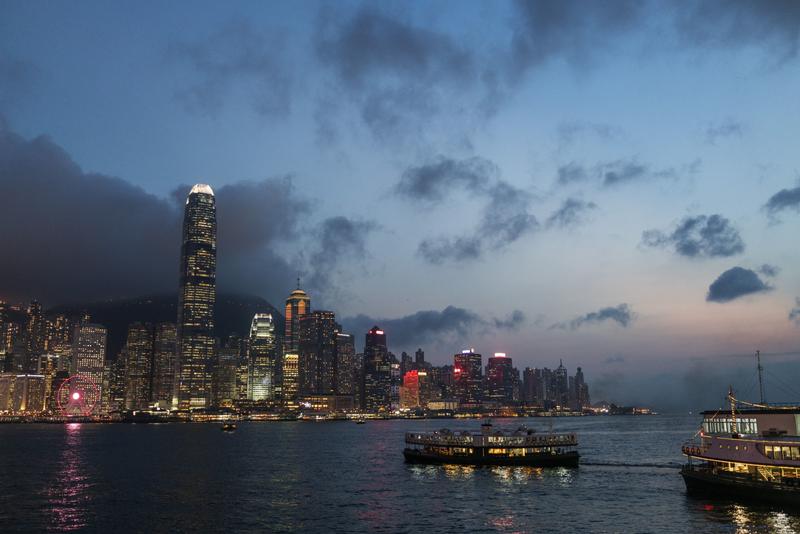 Hong Kong stocks closed at the highest level since May 2019 as mainland investors continue a record spending spree in the city.

The benchmark Hang Seng Index rose 2.7 percent Tuesday, soaring past last year’s peak as stock turnover in the city rose to a record US$38.9 billion. A rally since late December has been powered by Chinese mainland investors, who are targeting national firms such as China Mobile Ltd that had earlier sold off on the imposition of US restrictions.

Mainland traders net purchased US$3.4 billion of Hong Kong stocks, helping push the local dollar to its strongest level in more than two weeks. Hong Kong Exchanges and Clearing Ltd, the biggest beneficiary of such funds flowing into the city’s stocks, closed up 3.9 percent to hit a fresh high.

Signs suggest that mainland buying will continue, with investors shifting out of A shares to buy those listed in Hong Kong. The benchmark Hang Seng Index is still cheaper than the Shanghai Composite gauge in terms of price-to-earnings multiples. The Hang Seng China Enterprises Index, which tracks Chinese mainland companies listed in Hong Kong, is the world’s cheapest major index -- despite being one of this year’s best performers.

As Hong Kong stocks gained on Tuesday, those listed on the mainland fell, with the CSI 300 Index dropping 1.5 percent. Consumer discretionary and materials stocks led declines.

Chinese mainland investors have net bought more than HK$10 billion (US$1.3 billion) of the city’s stocks for 12 straight sessions as of Tuesday, the longest streak since the start of the Shenzhen link in late 2016. Some of their favored targets have been firms that saw sharp selloffs recently due to their inclusion on a US sanctions list, including China Telecom Corp. and railway equipment company CRRC Corp. 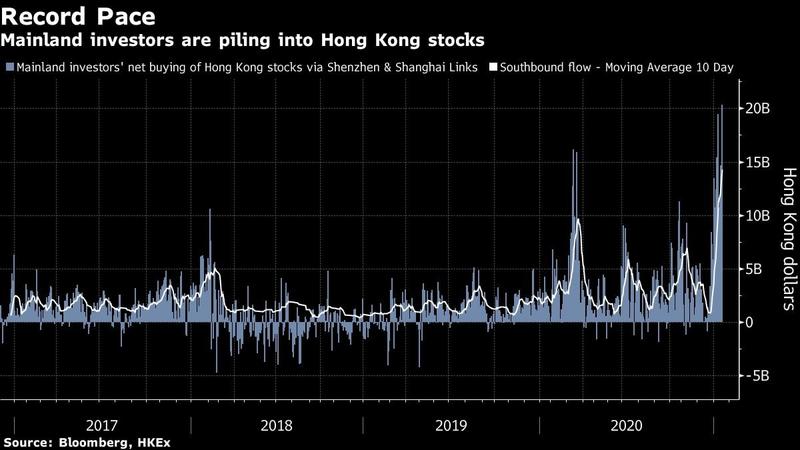 The Hang Seng Index is trading at its highest level since May 2019, although still some distance from its all-time high notched in early 2018. The gauge is up nearly 9 percent this year and is among the best performers in the region. 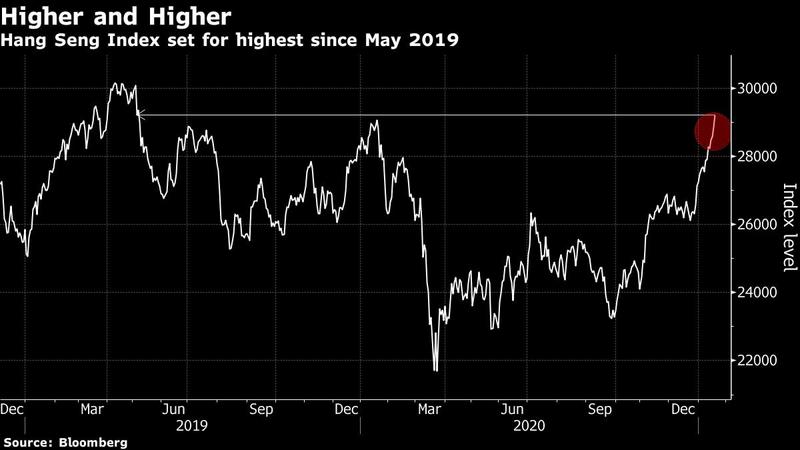 Hong Kong Exchanges & Clearing Ltd. is the big beneficiary of record inflows and a surge in trading activity. Shares of the city’s exchange operator are already up about 18 percent this year, after surging 68 percent in 2020. An indicator of momentum on Tuesday rose to the highest level since the height of China’s stock bubble in 2015.

Tencent Holdings Ltd, one of the heaviest-weighted stocks in the Hang Seng Index, has surged 16 percent since the beginning of this year and closed at a fresh record high Monday. The majority of analysts surveyed by Bloomberg are bullish on the company and continue to raise target prices, with the highest implying a further gain of 29 percent from Monday’s closing level. 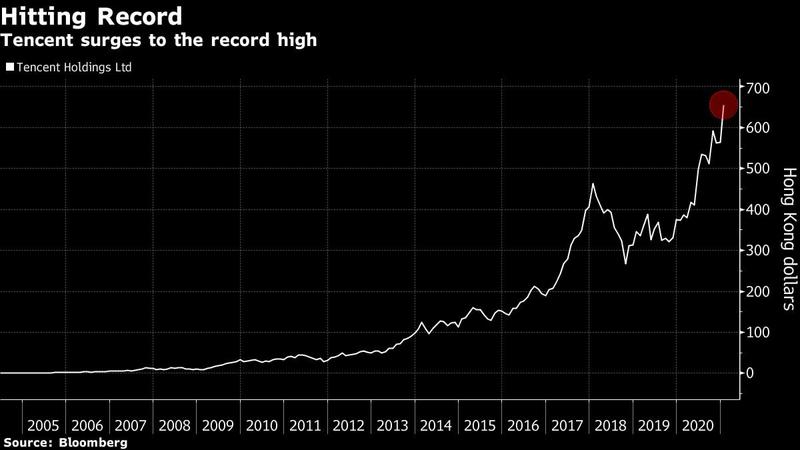