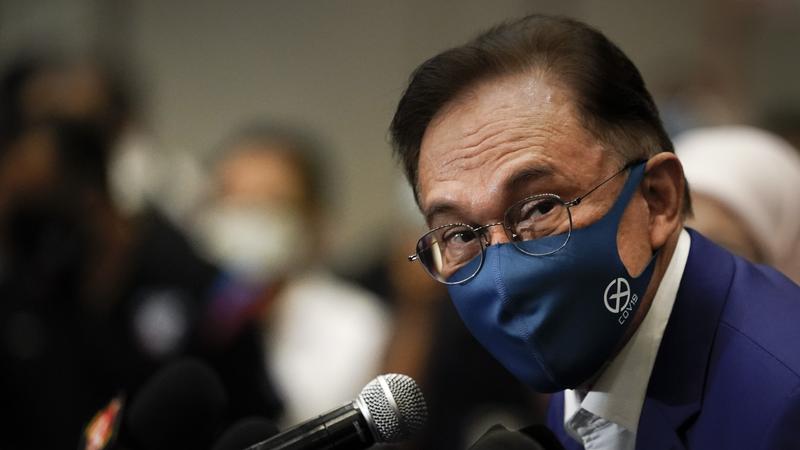 KUALA LUMPUR - Malaysia’s opposition leader Anwar Ibrahim said on Thursday he would submit an appeal to the king to end a state of emergency imposed to fight the coronavirus, which he described as a move by the prime minister to cling to power.

Malaysia’s King Al-Sultan Abdullah on Tuesday declared a national state of emergency to curb the spread of the virus and suspended parliament, which the opposition said was Prime Minister Muhyiddin Yassin’s ploy to retain control amid a power struggle.

The prime minister is more focused on efforts to cling to power.

In a letter sent to federal lawmakers seeking their support, Anwar accused Muhyiddin and the government of misleading the king when presenting their proposal for an emergency declaration, as provisions under existing laws were sufficient to contain the spread.

“The prime minister is more focused on efforts to cling to power,” Anwar said in the letter, which was shared with media by his office.

The prime minister’s office did not immediately respond to a request for comment.

This was the first time the Southeast Asian nation has been placed under emergency rule in over 50 years, and only the second time parliament has been suspended since independence from Britain in 1957.

The emergency declaration, which could last until Aug 1, came just a day after Muhyiddin announced a nationwide travel ban and coronavirus lockdowns in the capital and five states.

Muhyiddin has grappled with a razor-thin parliamentary majority and infighting in his ruling coalition since becoming premier in March. Two lawmakers from a coalition partner withdrew support in recent days, wiping out his majority.