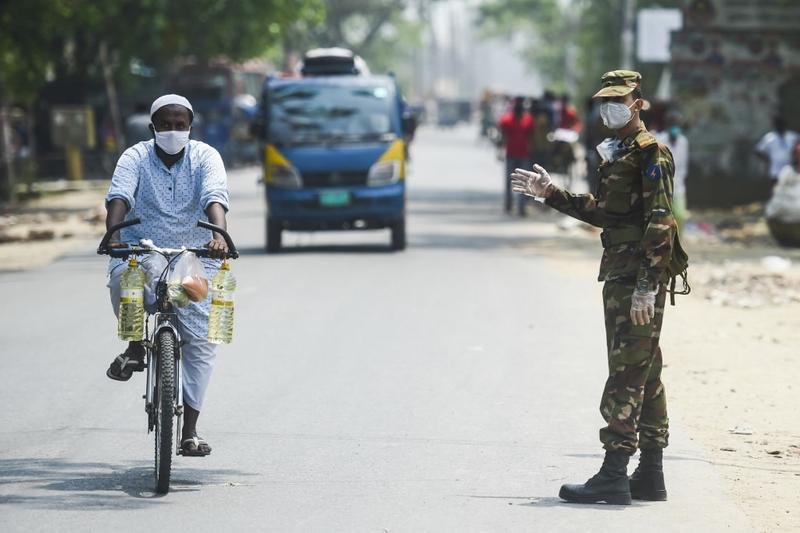 A soldier stands guard at a checkpoint during a government-imposed lockdown as a preventative measure against the spread of the COVID-19 in Dhaka on April 16, 2020. (PHOTO / AFP)

DHAKA - The Bangladeshi government has protested against a recent statement of US Secretary of State Michael Pompeo over the presence of al-Qaida terrorist group in Bangladesh.

"Attention of the government of Bangladesh has been drawn to a recent statement made by US Secretary of State Michael R. Pompeo," Bangladesh's Ministry of Foreign Affairs said in a statement released Wednesday night.

Attention of the government of Bangladesh has been drawn to a recent statement made by US Secretary of State Michael R. Pompeo.

"In the statement, Pompeo mentioned Bangladesh as a place where the terrorist group al-Qaida carried out attacks, falsely apprehending similar terrorist attacks in future. Such irresponsible comment by a senior leader is very unfortunate and unacceptable," said the statement.

The statement said Bangladesh strongly rejects this kind of baseless remarks and falsification. "There is no evidence of any presence of al-Qaida in Bangladesh," it added.

The foreign ministry said Bangladesh, under the leadership of Prime Minister Sheikh Hasina, maintains a "zero tolerance" policy against all forms of terrorism and violent extremism, and has been undertaking all possible measures and actions to address the menace.