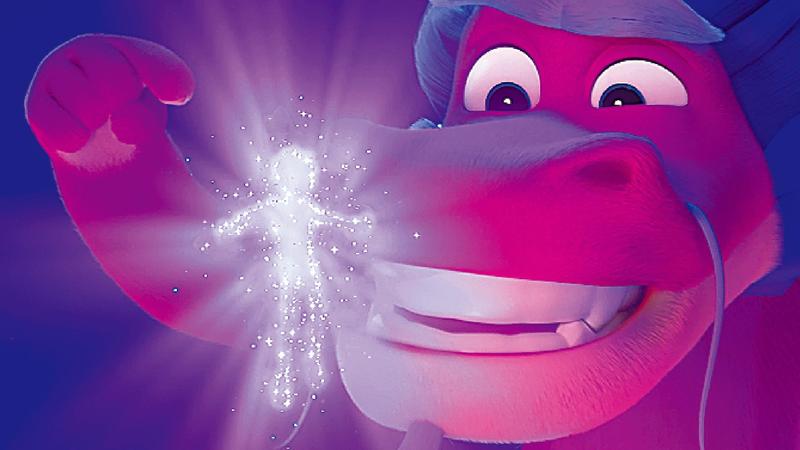 Stills from Sino-US animated film Wish Dragon, which will open across the Chinese mainland on Friday. Its presale box office was about 12 million yuan (US$1.9 million) as of Wednesday. (PHOTO PROVIDED TO CHINA DAILY)

Throughout a film career spanning five decades, action legend Jackie Chan has amazed and astounded his legions of fans with death-defying stunts. So, for most of his admirers, it might be a surprise to see the kung fu king appear as a cute and fuzzy creature in his latest outing.

In the upcoming Sino-US animated film, Wish Dragon, Chan lends his voice to the titular character, a divine dragon covered with pink fur from head to toe. There is an almost uncanny resemblance to a plush toy that most young girls will have an incredible urge to hug.

The film will open across the Chinese mainland on Friday, with its presale box office nearing 12 million yuan (US$1.9 million) as of Wednesday.

"When I saw the draft for the first time, I fell for the character right away," says Chan, who appeared at a downtown cinema in Beijing for an advanced screening.

In a sign of the times, the 66-year-old actor reveals that he underwent two COVID-19 nucleic acid tests and quarantined for 14 days before attending the promotional event. 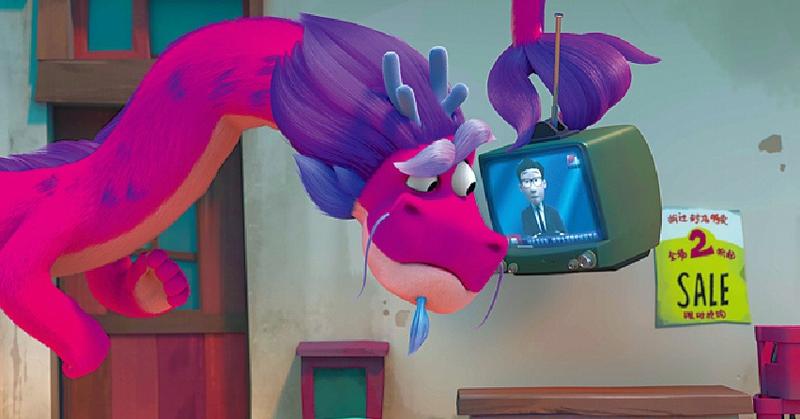 For Chan, doing the voice-over for an animation is familiar territory. Over the years, the versatile star－credited in more than 200 films and on dozens of albums－has voiced multiple animated blockbusters, ranging from Captain Li Shang in Disney's Mulan (1998) to Po's father in DreamWorks' Kung Fu Panda 3 (2016).

But Wish Dragon has taken him the longest to voice. "I have spent five years on the project," recalls Chan.

Originally, Chan recorded a test clip to help the animators design the dragon's lip movement and facial expressions. After the animation work, which took the most time to finish－years, in fact－he returned to voice the entire script.

"I have a lot of lines to memorize," says Chan. "As a person growing up speaking Cantonese, it was a bit challenging to speak such a large amount of dialogue in standard Mandarin." 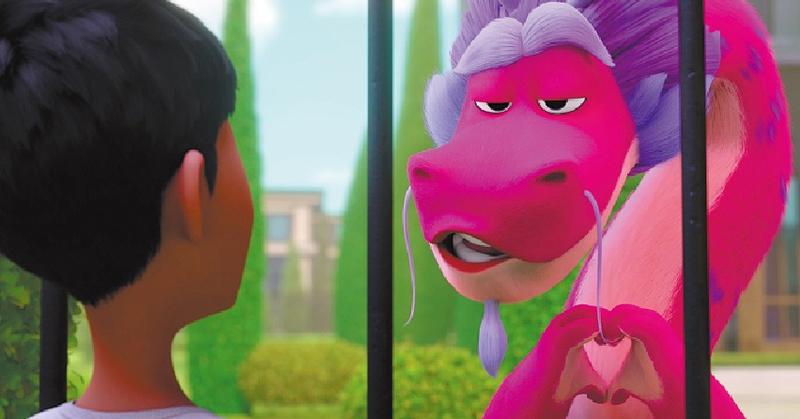 He recalls that the most difficult part was using an exaggerated, yet sincere, manner to perform the dragon eating a packet of shrimp strips, the first time the ancient character tastes the modern snack.

Something of a Chinese version of the genie in Aladdin's lamp, the dragon is depicted as once being an emperor in ancient China. As celestial punishment, he is transformed into a dragon and imprisoned in a green teapot. Only after he helps 10 people to respectively fulfill their three wishes can the dragon return to human form and get into heaven.

The plot sees the dragon stumble upon Ding Siqi, a young man residing in Shanghai, who will become the dragon's last "master". While the dragon has the power to make any wish come true, the youngster refuses great wealth or supreme power, but simply wants to reunite with his childhood friend, a young girl who lives a different life from his.

Actor Niu Junfeng voices the young man and actress Wei Wei brings to life his romantic interest. It's the pair's first time lending their voices to an animated film. 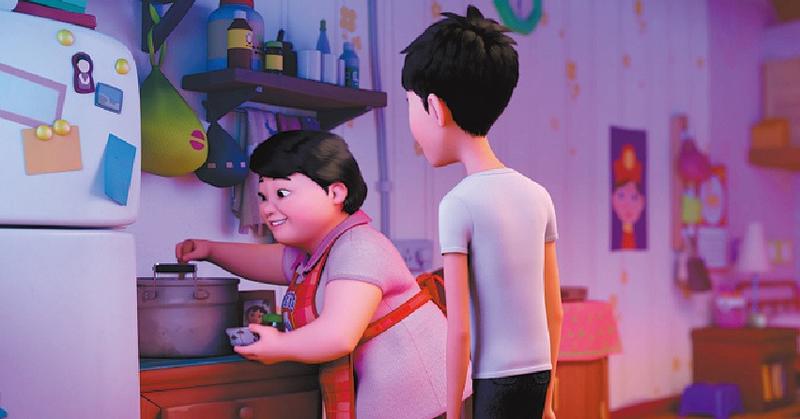 Speaking to China Daily, Niu says: "I'm not a professional voice-over actor. I have tried hard to replicate Ding's gestures and movements in different scenes by acting the same as the character in the recording room. Sometimes, I'm afraid, I probably looked a bit weird and crazy."

The movie is not merely a romantic story. From Shanghai's distinctive alley lifestyle to nosy neighbors and mouthwatering snacks, this Aladdin-esque story set in contemporary China re-creates the captivating buzz of Shanghai.

Last year, director Chris Appelhans addressed the 23rd Shanghai International Film Festival via a remote link. The director revealed that he traveled to Beijing and Shanghai to interview numerous Chinese people as part of his research for the film.

One of the turning points for the director was when he interviewed three boys as they were walking home from school. Appelhans asked them the same question: "If you had three wishes－and you could have anything－what would you wish for?"

Jackie Chan (middle) and actor Niu Junfeng (left) and actress Wei Wei gather recently at a cinema in Beijing to promote the upcoming animated film, Wish Dragon, in which Chan lends his voice to the titular creature, while Niu and Wei bring to life the protagonist and his romantic interest. (PHOTO PROVIDED TO CHINA DAILY)

The first boy didn't hesitate, saying that he wished to have a BMW and the second wished for world peace, but the last one thought very hard about the question.

"I could see him really turning it over in his mind," Appelhans recalled at the Shanghai festival. "I almost wanted to tell him that I couldn't actually grant his wish; it was just a hypothetical question, before he finally said: 'I wish that my parents were younger so that I could spend more of my life with them.' That is such an incredibly sweet, deep and thoughtful thing to wish for."

Appelhans adds that the Chinese boy inspired him. And by picturing that boy growing up, facing challenges and pursuing his dreams over the next 10 years in rapidly developing China, he created the film's protagonist, Ding Siqi.

Chan says the new year is a time for optimism and maybe even when some wishes come true. "The last year was quite unusual," he says. "Our wish is that this optimistic and kindhearted character gives audiences some warmth and positive energy to help accompany them into the new year with hope."