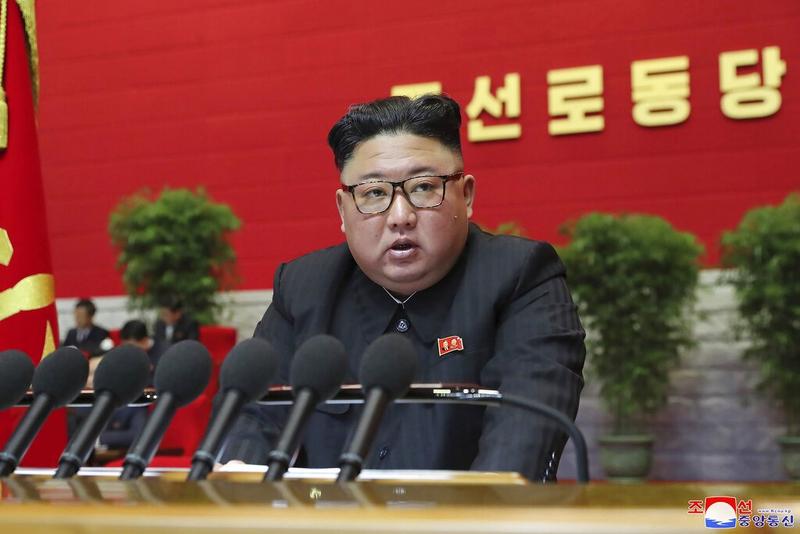 PYONGYANG - Kim Jong-un, the top leader of the Democratic People's Republic of Korea (DPRK), vowed to further improve social system and foreign relations at the ongoing congress of the Workers' Party of Korea, the official Korean Central News Agency (KCNA) reported on Friday.

During the session, Kim and the congress attendees also doubled down on the party's general stance to comprehensively expand and forge external relations, including with the Republic of Korea (ROK), KCNA added.

Kim and the congress attendees also doubled down on the party's general stance to comprehensively expand and forge external relations, including with the Republic of Korea

Kim suggested practical ways to give full play to the advantages of the country's social system, as he reported to the third-day session of the eighth congress of the ruling Workers' Party of Korea on Thursday.

In his report reviewing the work of the party's seventh Central Committee, Kim analyzed and evaluated in depth the shortcomings exposed and lessons drawn from work in the past five years, setting forth "directions and ways for opening up a fresh golden age" by carrying out reforms in such fields as "education, public health, literature and arts," KCNA reported.

Relations with Seoul went cold starting June, 2020 after Pyongyang demolished an inter-Korean liaison office in the border town of Kaesong in retaliation for the South's failure to stop activists from sending anti-DPRK leaflets into DPRK.

DPRK opened the eighth rarty congress on Tuesday amid expectations of a new five-year economic development plan and new policies on relationship with the United States particularly as US President-elect Joe Biden swears in on Jan 20.

The congress will continue on Friday, according to KCNA.