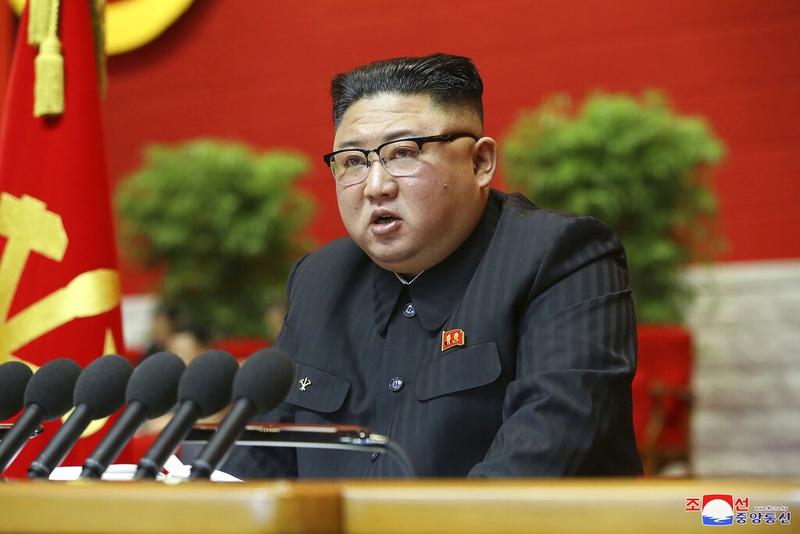 SEOUL – Kim Jong-un, the leader of the Democratic People's Republic of Korea (DPRK), delivered a report on the work of the seventh Central Committee of the Workers' Party of Korea on the first day of the eighth party congress on Tuesday, said official media on Wednesday.

In the report, Kim examined the mistakes as well as the subjective and objective factors in them, according to the Korean Central News Agency (KCNA).

Kim said during the meeting that his five-year economic plan had failed to meet its goals “on almost every sector”.

The rare political gathering, which Kim last hosted in 2016, has drawn international attention as he is expected to unveil a new five-year economic plan and address foreign policy amid stalled denuclearization talks and frozen inter-Korean relations.

In his opening speech, Kim said the country had achieved a “miraculous victory” by bolstering its power and global prestige since the last meeting, referring to military advances that culminated in successful tests in 2017 of intercontinental ballistic missiles capable of striking the US mainland.

But the five-year economic strategy he set forth in 2016 had failed to deliver, he said, calling for a boost in the DPRK’s self-reliance to tackle internal and outside challenges hindering its progress.

On the global pandemic, leader Kim Jong-un lauded party workers for ensuring “stable situations against the coronavirus from beginning to end”

“The strategy was due last year but it tremendously fell short of goals on almost every sector,” Kim said, according to KCNA.

On the global pandemic, Kim lauded party workers for ensuring “stable situations against the coronavirus from beginning to end.”

They had “resolutely overcome difficulties in the face of an unprecedentedly prolonged, unparalleled global health crisis,” he added.

The DPRK has not officially confirmed any coronavirus cases, although it reported thousands of “suspected cases” to the World Health Organization.

The congress, the country’s eighth and the second under Kim, was attended by 4,750 delegates and 2,000 spectators, Kim said.

In KCNA images, no one was seen wearing masks and participants did not sit apart, unlike at some other recent public events.

The meeting will last some days, during which Kim is also expected to announce leadership changes - potentially involving his sister - and discuss other organizational, budget and audit issues.