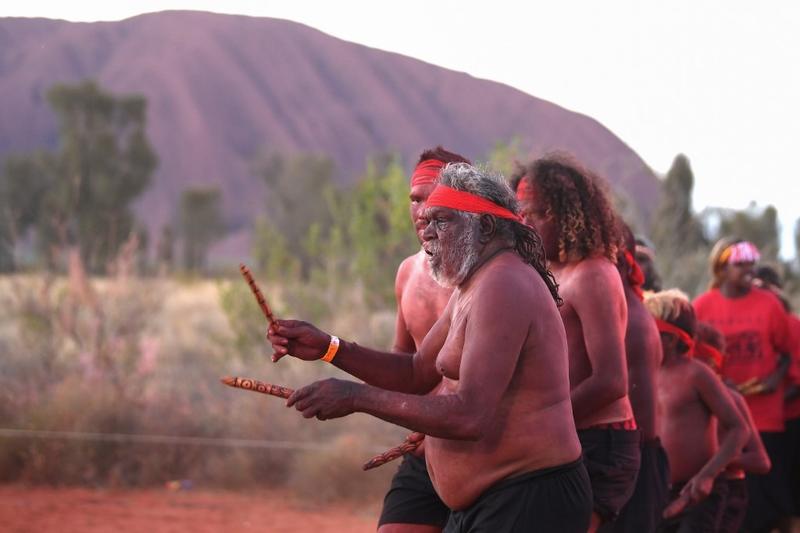 SYDNEY - Australia amended its national anthem to remove reference to the country being "young and free" amid calls to recognise that its Indigenous people are the oldest continued civilization in the world.

The change to "for we are one and free" took effect on Friday.

"We live in a timeless land of ancient First Nations peoples, and we draw together the stories of more than 300 national ancestries and language groups," Prime Minister Scott Morrison told reporters in Canberra.
READ MORE: Mining giant's destruction of sacred Aboriginal caves 'inexcusable'

"And our anthem should reflect that. The changes we have made and we have announced today, I think, achieve that goal.”

Australia has struggled for decades to reconcile with Aborigines, who arrived on the continent some 50,000 years before British colonists.

Each year Australians have a national holiday on Jan 26, marking the date the "First Fleet" sailed into Sydney Harbour in 1788, carrying mainly convicts and troops from Britain. Some indigenous people refer to Australia Day as "Invasion Day".

There is now a renewed focus on Indigenous empowerment amid the Black Lives Matter movement.

The idea to change the wording was floated in 2020 by New South Wales premier Gladys Berejiklian who had said the current wording ignored Australia's" proud First Nations culture".
ALSO READ: Aboriginal names get pride of place in Australian addresses

The proposal was welcomed by several lawmakers, including federal minister for Indigenous Australians Ken Wyatt as well as firebrand rightwing One Nation party leader Pauline Hanson.