Aboriginal names get pride of place in Australian addresses 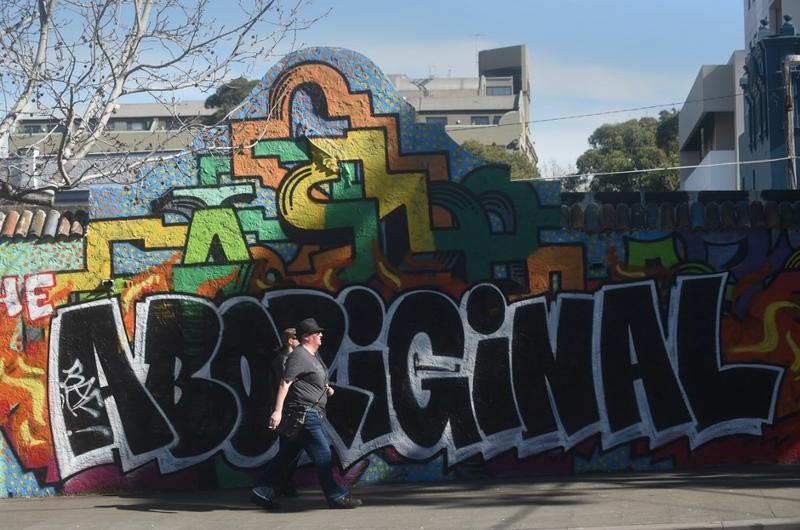 In this Aug 17, 2016 file photo, a couple walks past a graffiti wall with the words "The Aboriginal" in reference to Australia's indigenous people. (PETER PARKS / AFP)

Australia Post has backed a months-long campaign to add Aboriginal place names in addresses to recognize the country’s indigenous people and the traditional names of their lands.

This week, Australia Post updated its guidelines for sending and receiving mail, with a section on traditional place names “to acknowledge the traditional custodians of the land”

“Every area on this continent now known as Australia has an original place name,” McPhail said in her petition.

“I am calling for place names to be made part of the official address information in Australia, the same as postcodes and street names,” said McPhail, who began her campaign by posting pictures of her mail with the Aboriginal name.

This week, Australia Post updated its guidelines for sending and receiving mail, with a section on traditional place names “to acknowledge the traditional custodians of the land”.

Australia Post has “a long history of promoting and celebrating indigenous culture and implementing measures that contribute to a lasting reconciliation between indigenous and non-indigenous Australians”, a spokeswoman said on Thursday.

A sample visual on the Australia Post website features McPhail’s name and the traditional name Wiradjuri Country, for the area in New South Wales where she lives.

Australia’s Aboriginal people were dispossessed when the continent was colonised by Britain in the 18th century.

The country’s 700,000 or so indigenous citizens track near the bottom on almost every economic and social indicator.

Indigenous activists have long called for native land rights to be recognised, and to revert to names given by traditional landowners who can trace their lineage back 60,000 years, instead of those given by white settlers. 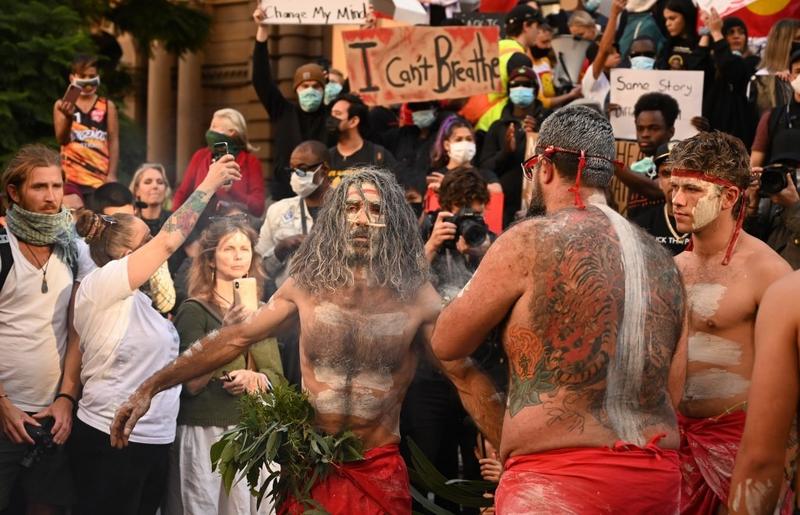 In this June 6, 2020 file photo, Aboriginal protesters perform a traditional smoking ceremony before the start of a Black Lives Matter demonstration to express solidarity with US protestors in Sydney and demand an end to Aboriginal deaths in custody in Australia. (PETER PARKS / AFP)

As protests over racial inequality swept across many parts of the world earlier this year, Australia saw a renewed push for renaming landmarks and places.

“It is a way of acknowledging the traditional owners and their ancestors, and acknowledging that all these places have names that have been supplanted by British names,” said Marcia Langton, an associate professor of indigenous studies at the University of Melbourne.

“I see no reason why places can’t have two names. This has happened across the world as people free themselves from colonial legacies,” she said, pointing to Mumbai which was previously Bombay, and Beijing which was once named Peking.

The push to restore indigenous place names has had some success in neighboring New Zealand, where many Maori place names have been restored, with other places holding dual names.

Earlier this year, companies including telecommunications firm Vodafone vowed to use the country’s indigenous name Aotearoa more frequently in their operations.

In a social media post, she said she will now lobby Australia Post to consult with indigenous elders to create “a comprehensive database that records the original place names from before colonisation”.