Delisting of Chinese firms in US to hurt both sides 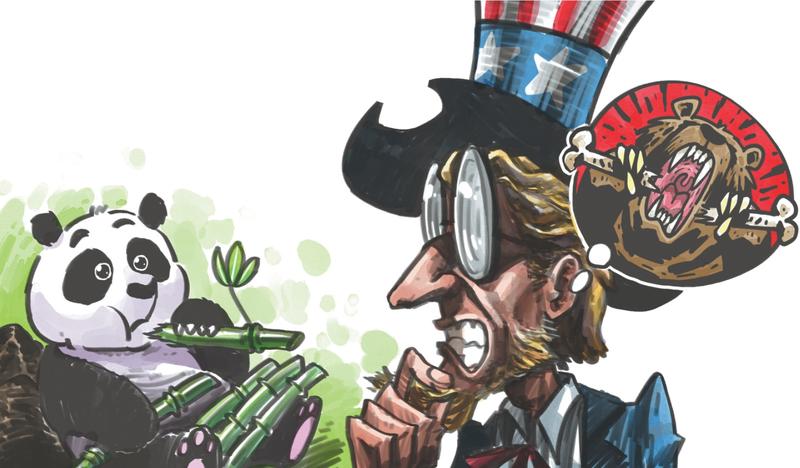 Outgoing US President Donald Trump has signed a bill calling for the delisting of foreign companies that don't adhere to the same accounting transparency standards that securities regulators impose on US public companies.

The US Congress passed the Holding Foreign Corporation Accountability Act on Dec 2, which prohibits foreign companies, despite being listed in the US, from trading in the country if they do not comply with the accounting requirements of the US Securities and Exchange Commission for three consecutive years.

To check the rise of China, the United States has been imposing restrictions on Chinese companies, institutions and other entities in fields ranging from trade to technology. And China's response and the US' further measures have intensified the conflict.

Yet, if the passing of the HFCA Act could further intensify the conflict between China and the US, it could also prompt the two countries to resume cooperation.

Conflicting arguments on latest US act

However, I think it is necessary to analyze the details of the HFCA Act and understand its advantages and disadvantages for both China and the US before deciding which of the augments is correct.

The information foreign companies are required to submit to the US authorities, according to the HFCA Act, can be divided into two parts. The first part is based on the professional considerations of securities regulation, while the second part mainly targets Chinese companies.

To begin with, the act requires auditors of foreign public companies to allow the Public Company Accounting Oversight Board to inspect their audit papers for audits of non-US operations as required by the Sarbanes-Oxley Act of 2002. It also requires foreign issuers of securities to disclose the percentage of shares owned by government entities where the issuers are based, and whether those government entities have a controlling financial interest in the company issuing those securities.

To me, this part of the requirements appears reasonable. Based on my previous experience working with regulatory agencies, US regulators have traditionally had strict disclosure rules on the share and degree of participation of foreign governments in foreign companies operating in the US.

If a government's share in a foreign company exceeds a certain level and a claim of only passive interest is made, the company must provide detailed statements of equity information, including the type and structure of ownership, the control of voting rights, the setting of the right of approval and the right of veto, as well as the authority to dismiss managers, and the circumstances under which it can be done. And if a shareholder has approval and veto power, it is necessary to disclose whether and to what extent that shareholder is involved in decision-making, and who actually conducts the day-today operations and makes important decisions.

Some Western and East Asian countries (such as France, Spain, Belgium, Finland, and Japan) have a tradition of state capitalism, and their companies listed on US stock exchanges often have government shares. Without exceptions, all of them strictly comply with the SEC's accounting and regulation requirements.

As for the second part of the bill, it requires companies to disclose the names of their board members who are also members of the Communist Party of China and whether their articles of incorporation include text from the Party's charter. This part clearly politicizes the securities regulation. China is governed by the CPC, and these requirements are aimed at both the country and the Party.

The implementation of the HFCA Act has advantages and disadvantages for both China and the US. On the plus side, the first part of the bill requires the Chinese companies listed on US exchanges to comply with the same regulations as US companies and other foreign companies, which is conducive to transparency and fair competition. Technically, it provides better protection for all companies and individuals investing in the US, while prompting Chinese companies to become more competitive in the international market. In addition, it makes US regulators' job easy with unified regulation and higher efficiency.

The disadvantages of the act mainly stem from the second part. It is not common for a Chinese private enterprise to include text from the Party's charter in its articles of company. But it is highly likely that some of its board members have a Party background.

After all, the CPC is the country's ruling party. This requirement of the act is discriminatory, because there are no US acts that require a listed company to disclose who are Republican or Democratic party members or supporters among its board members.

China has pledged to strengthen regulatory cooperation through dialogue to meet the first part of the requirements, and some concrete progress is expected. However, the real differences lie in the second part. If China and the US cannot reach a broad consensus on this part, a mass delisting of Chinese companies in the US could become reality in three years.

If delisted, Chinese companies can remove American investors as their shareholders at a depressed buyout price, and then re-list on Chinese stock exchanges at a much loftier valuation.

Jesse Fried, a law professor at Harvard University, argues that the HFCA Act aims to delist Chinese companies from the US exchanges at the expense of Americans holding shares in these companies－a cure likely worse than the disease. And the losses will be suffered by not only big institutional investors but also retail investors, who either directly own the Chinese companies' shares, or have retirement portfolios which include exchange-traded funds that cover these companies.

The SEC is now drafting an implementation plan. But since incumbent SEC Chairman Jay Clayton is scheduled to step down at the end of this year, the plan is likely to be finalized by the new chairman who will be appointed by the next president.

And any professional and rational decision-maker will realize the advantages and disadvantages of one group of policymakers drafting the implementation plan and another group finalizing it.

So should the HFCA Act be seen as Trump's last-ditch attempt to decouple US and Chinese economies?

Given the four decades of fruitful, win-win relationship between the world's two largest economies, decoupling will be not only difficult and complex, but also harmful for both sides at a time when Sino-US cooperation is needed more than ever before to boost global economic recovery in the time of the pandemic.

Chinese firms listing in US beneficial for Americans

China, on its part, may want the companies to remain listed in the US, so as to consolidate its image as a responsible big power and to show the rest of the world its determination to deepen reform and opening-up.

As far as the US economy is concerned, American investors stand to gain if the Chinese companies continue to be listed in the US, because that will create more and better opportunities for them to invest in China and profit from its rapid economic growth.

Fang Xinghai, vice chairman of the China Securities Regulatory Commission, said China is "sincere" about ending the "standoff" with the US over the Chinese companies' listing issue.

And Marc Lyeki, former Head of Asia-Pacific Listings at the New York Stock Exchange, said the SEC appears to be preparing a co-audit solution based on the recommendations of the Presidential Working Group.

China-US cooperation has benefited not only the two countries but also the rest of the world, albeit to different degrees.

In fact, the US market is not preparing for a mass delisting of Chinese companies. As such, the two sides are likely to strengthen cooperation and resolve the issue within three years.

The author is an adjunct professor of economics at the University of Maryland.

The views don’t necessarily reflect those of China Daily.