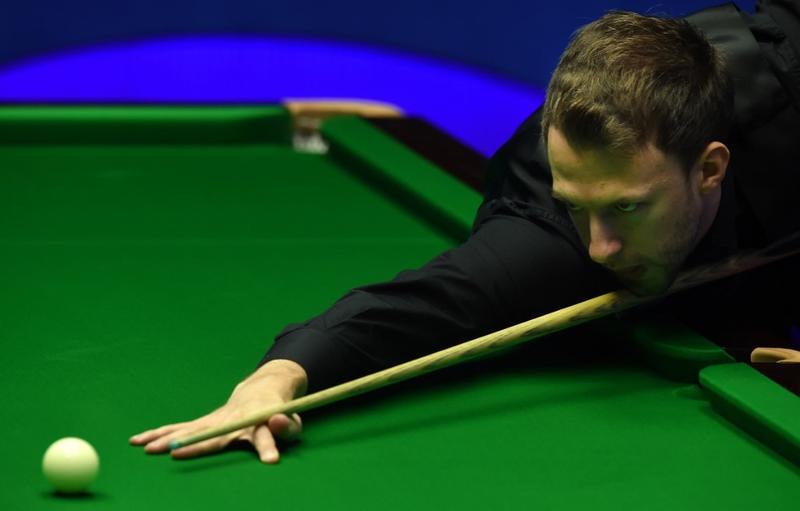 Judd Trump of England takes part in his quarter-final match against China's Ding Junhui in the World Snooker Championships at The Crucible in Sheffield, England on April 28, 2015. (PAUL ELLIS / AFP)

Lisowski, world number 15, opened his semifinal campaign in style by establishing a 5-1 lead. Selby fought hard to grab the following three frames, but Lisowski held his nerve to wrap it up 6-4.

The 29-year-old Lisowski will meet Trump, who defeated Ronnie O'Sullivan 6-1 in the other semifinal on Friday.

The top 32 ranked players automatically qualified for the tournament. China's top player Ding Junhui was knocked out by Hossein Vafaei from Iran in the second round.

Zhao Xintong of China reached the quarterfinals but lost to Lisowski 5-3.