Turkey says won't turn back on S-400 purchase despite sanctions 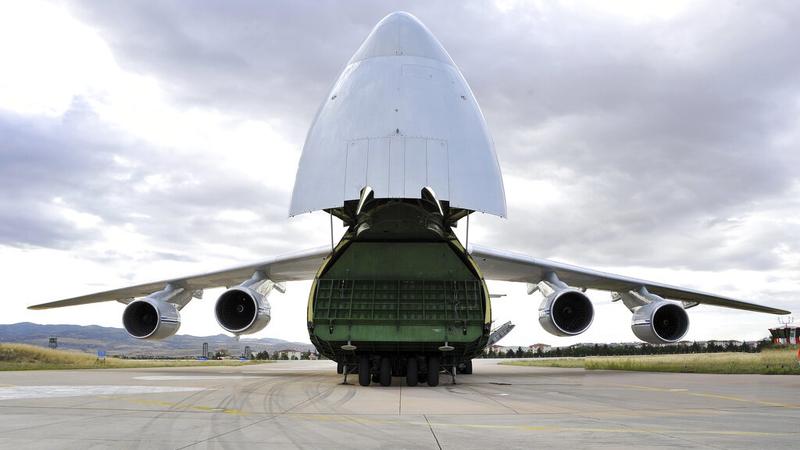 ANKARA - Turkey will not turn back on its purchase of Russian S-400 missile defense systems and will take reciprocal steps after evaluating US sanctions imposed over the acquisition, Foreign Minister Mevlut Cavusoglu said on Thursday.

The United States on Monday imposed sanctions targeting NATO member Turkey’s Defence Industry Directorate (SSB), its chief, Ismail Demir, and three other employees over its purchase of the S-400s. Turkey condemned the sanctions as a “grave mistake”.

“If there was to be a step back, it would have happened by now,” Turkish Foreign Minister Mevlut Cavusoglu said, referring to the decision to acquire the S-400s

President Tayyip Erdogan said on Wednesday the sanctions were a “hostile attack” against Turkey’s defense industry, and they were bound to fail.

In an interview with broadcaster Kanal 24, Cavusoglu said Turkey could not be subjected to so-called CAATSA sanctions as its acquisition predated the law, adding that the decision was an attack on Turkey’s sovereign rights and would have no impact.

“This is not in line with international law, diplomacy, and it is a politically and legally wrong decision,” Cavusoglu said, adding that the United States could have solved the dispute with common sense if it cooperated with Turkey and NATO.

Cavusoglu said Turkey’s response would be shaped by a review being carried out by the defense sector, along with the foreign and justice ministries, into the impact of the sanctions.

“We will surely take our steps in line with these,” he told broadcaster Kanal 24. “It’s not important whether the sanctions are soft or harsh, sanctions in themselves are wrong,” he said.

“Looking at the content of the sanctions, these are not measures that will shake us to the core or impact us very much.”

Cavusoglu said Turkey’s response would be shaped by a review being carried out by the defense sector, along with the foreign and justice ministries, into the impact of the sanctions

Turkey says it bought the S-400s out of necessity as it was unable to get defense systems from a NATO ally on satisfactory terms. “If there was to be a step back, it would have happened by now,” Cavusoglu said.

The United States says the S-400s pose a threat to its F-35 fighter jets and to NATO’s broader defense systems. Turkey rejects this and says S-400s will not be integrated into NATO.

Speaking to the state-owned Anadolu news agency, SSB Chairman Ismail Demir played down the impact of the measures, saying they did not affect existing contracts, and covered only a limited number of Turkish companies.

“For instance, a company where the SSB hold a majority stake may be impacted, but there are close to no such firms. There are no such firms on critical projects,” he said.

The sanctions come at a delicate moment in fraught relations between Ankara and Washington as Democratic President-elect Joe Biden gears up to take office on Jan 20, replacing Republican incumbent Donald Trump.

Asked whether ties could normalize under Biden, Cavusoglu said that depended on whether Washington would meet Turkish expectations on Syria policy and the extradition of a US-based cleric Turkey accuses of orchestrating a 2016 coup attempt.

“If the United States thinks strategically, they need Turkey very much. They say this, but they must do what is necessitated by this,” he said.