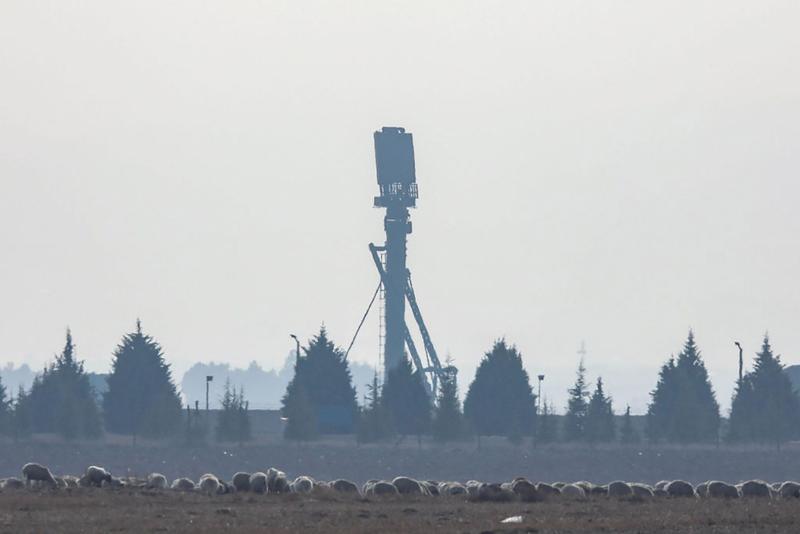 The S-400 air defence system from Russia is activated for testing at Turkish Air Force's Murdet Air Base on Nov 25, 2019 in Ankara, Turkey. (PHOTO / BLOOMBERG)

The North Atlantic Treaty Organization criticized a possible test by Turkey of its Russian-made S-400 missile launcher and stepped up calls on Ankara to opt for a different defense system.

“Any test of the S-400 air defense system by Turkey, if confirmed, would be regrettable,” NATO said in an emailed statement on Saturday. “It is important Turkey continues to work with other allies to find alternative solutions.”

On Friday, the US Defense Department said it was aware of reports of a possible Turkish test of the S-400 system. “If accurate, the department strongly condemns the test,” Pentagon spokesman Jonathan Hoffman said on Twitter.

On Friday, the US Defense Department said it was aware of reports of a possible Turkish test of the S-400 system. “If accurate, the department strongly condemns the test,” Pentagon spokesman Jonathan Hoffman said on Twitter

Last week, Turkey issued an official notification of a four-day firing exercise around the country’s Black Sea coast due to last through Oct 16.

The notice came after people familiar with the matter said Turkey was planning to conduct a comprehensive test of its S-400 system during the same period. Turkey’s ministry of defense declined to comment at the time on whether the two were related.

Turkey has strained relations with its NATO partners by purchasing military technology from Russia, whose muscle-flexing in eastern Europe over recent years has prompted the alliance to step up its defense posture.

Turkey is one of NATO’s oldest members and has its second-largest armed forces, trailing only the U.S. The S-400 acquisition has raised the prospect of American sanctions against Turkey on the grounds the system could be used to gather intelligence about NATO military equipment.

“The system can pose a risk to allied aircraft and can affect relations among NATO allies,” the alliance said on Saturday. “This is a national decision for Turkey to make, but the S-400 cannot be integrated into NATO’s air and missile defense system.”