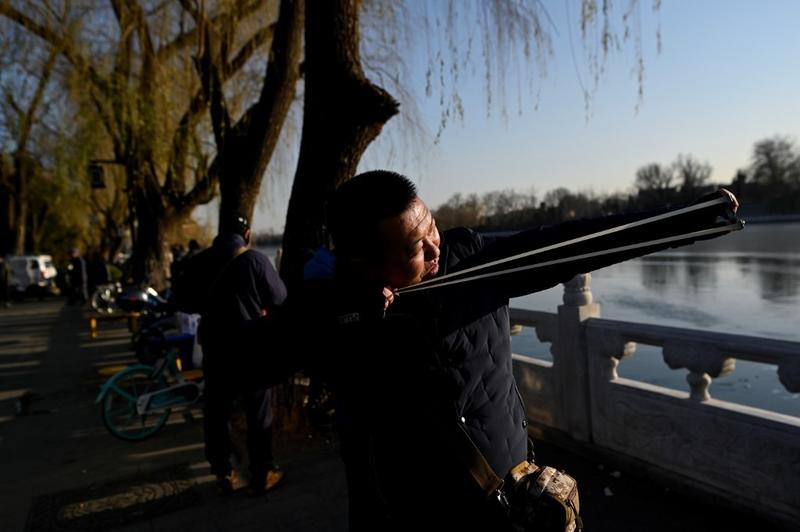 A total of 12 imported COVID-19 cases were reported across the mainland Tuesday, the commission said in its daily report.

One new suspected case arriving from outside the mainland was reported in Shandong. No new deaths related to the disease were reported.

A total of nine COVID-19 patients were discharged from hospitals after recovery on the Chinese mainland on Tuesday.

The total number of confirmed COVID-19 cases on the mainland reached 86,770 by Tuesday, including 315 patients still receiving treatment.

A total of 81,821 patients had been discharged from hospitals following recovery on the mainland, and 4,634 had died of the virus, according to the report.

There were three suspected COVID-19 cases on the mainland as of Tuesday, and 6,898 close contacts remained under medical observation.

Taiwan’s government on Wednesday extended a ban on Indonesian workers coming to the island for an indefinite period citing a surge in the number of infected people arriving and lack of cooperation from Indonesia’s government in verifying documents.

Since the start of October, Taiwan has recorded 132 positive cases in arriving Indonesian workers, of whom 76 carried negative test results with them when they landed, the Central Epidemic Command Center said

Taiwan last month announced a two-week suspension for the entry of Indonesian workers, which the government will now extend, the Central Epidemic Command Center said.

It did not give a date for when it will re-open entry for the workers, only that the government will make the decision depending on the pandemic situation in Indonesia.

ALSO READ: Baseball returns to normality as Taiwan lets some fans back in

Since the start of October, Taiwan has recorded 132 positive cases in arriving Indonesian workers, of whom 76 carried negative test results with them when they landed, the center added.

Taiwan's "health minister" Chen Shih-chung told reporters that represented an unacceptable risk to the island, and that Indonesia’s government was being uncooperative.

“To date the Indonesian authorities have been unwilling to cooperate in verifying the documentation,” Chen said, referring to the pre-arrival coronavirus tests which are now required for almost everyone arriving in Taiwan.

Some of the Indonesians who have tested positive in Taiwan did so at the end of their mandatory 14-day quarantines, and not all have had symptoms.