By Zhou Huiying and Huang Zhiling 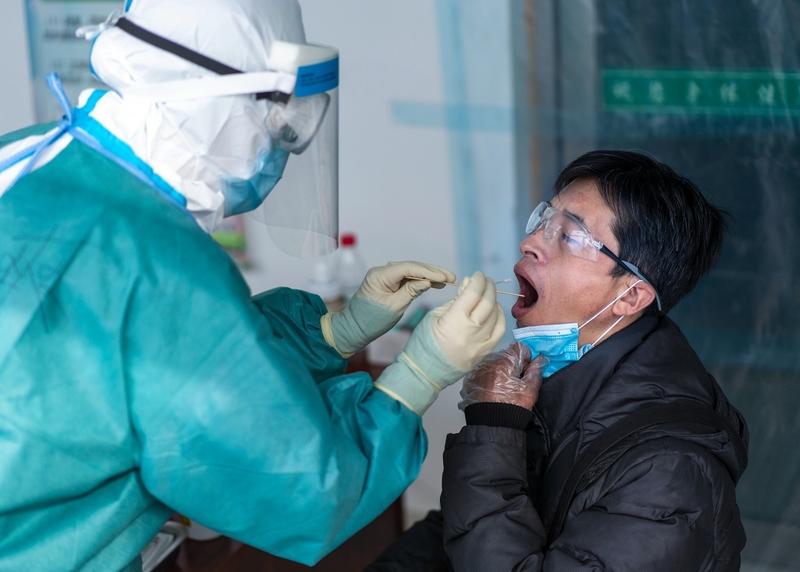 Two cities in Heilongjiang province have completed citywide COVID-19 testing of their combined population of 170,000 people, an effort that began on Thursday, officials said at a news conference on Sunday.

Of the 91,528 residents of Suifenhe, a city on Heilongjiang's border with Russia, 66,170 results tests have so far come back negative, said Vice-Mayor Fang Zhongzhi.

In the Xinjiang Uygur autonomous region, four asymptomatic cases were reported in Turpan on Saturday, according to the local health commission

Suifenhe reported three locally transmitted confirmed cases on Saturday－a 33-year-old woman, a 6-year-old primary school student and a 4-year-old child－each of them were close contacts of a confirmed case reported on Thursday.

Suifenhe has adopted a series of measures to contain the infection, including preventing residents from leaving the city, according to local government.

Anyone who must leave the city must provide negative nucleic acid test results within 24 hours of leaving, the city's epidemic prevention and control headquarters said in a statement on Saturday.

Further, truck drivers and workers engaged in transporting goods in and out of the city may leave and enter only after their temperatures and health codes are checked.

Only residents are allowed to enter the city.

Face masks are mandatory for all, and bus and passenger rail service has been suspended to prevent the spread of the virus. Schools and other educational institutions have been temporarily closed.

All residential communities have been locked down, and each family may send only one member outside for purchases every three days.

Meanwhile in Dongning, another city in Heilongjiang, a 68-year-old woman was confirmed on Saturday to have COVID-19.

According to the Dongning epidemic prevention and control headquarters, starting Sunday, only seriously ill people who are not COVID patients and pregnant women would be allowed to leave the city.

As of Sunday, the province had reported six local confirmed cases and two local asymptomatic cases since two confirmed cases－a 40-year-old maintenance worker at the Customs office in Dongning and a 39-year-old worker at an import-export warehouse in Suifenhe－were reported on Thursday.

According to the city's health commission, the new asymptomatic case is a 49-year-old woman surnamed Wang who lives in Pidu district.

She tested positive on Saturday during the third round of tests for close contacts of confirmed COVID-19 patients.

In the Xinjiang Uygur autonomous region, four asymptomatic cases were reported in Turpan on Saturday, according to the local health commission.