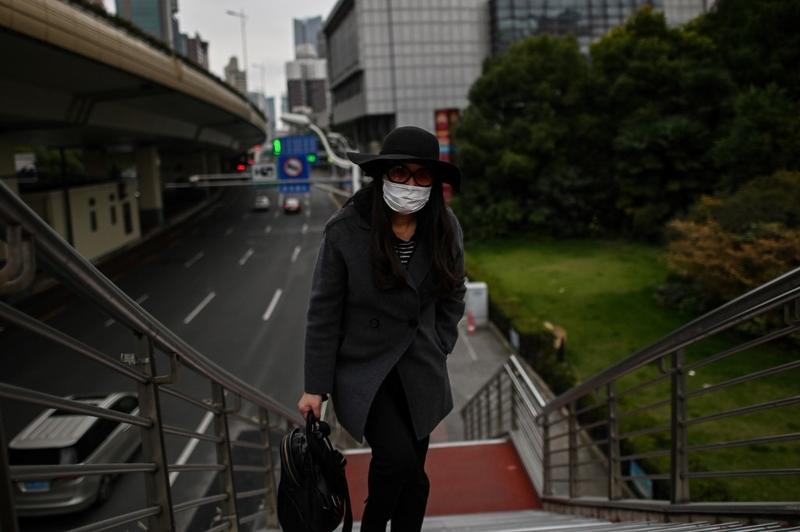 A woman wearing a face mask as a preventive measure against the COVID-19 coronavirus walks on a pedestrian bridge in Shanghai on December 2, 2020. (HECTOR RETAMAL / AFP)

Of the domestically transmitted cases, two were reported in Heilongjiang province and one in Sichuan province, the commission said in its daily report.

Of the local cases, two were reported in Heilongjiang province and one in Sichuan province, the National Health Commission said

No new suspected cases or new deaths related to the disease were reported.

A total of 18 COVID-19 patients were discharged from hospitals after recovery on the Chinese mainland on Monday.

The total number of confirmed COVID-19 cases on the mainland reached 86,758 by Monday, including 312 patients still receiving treatment.

A total of 81,812 patients had been discharged from hospitals following recovery on the mainland, and 4,634 had died of the virus, according to the report.

There were two suspected COVID-19 cases on the mainland as of Monday, and 6,852 close contacts remained under medical observation.

A total of 196 asymptomatic cases were under medical observation, out of which 183 were imported cases, the commission said.