Turkey does not expect sanctions over Russian S-400s under Biden 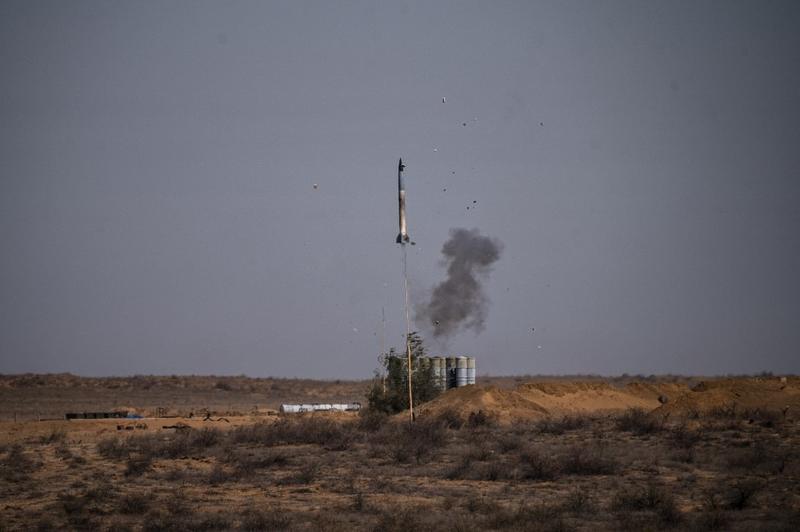 In this Sept 22, 2020 photo, a rocket launches from a S-400 missile system at the Ashuluk military base in Southern Russia. (DIMITAR DILKOFF / AFP)

ANKARA - Turkey does not expect ties with the United States to be strained under President-elect Joe Biden and does not anticipate sanctions over its purchase of Russia S-400 defence systems, a senior official in President Tayyip Erdogan’s AK Party said.

Ankara’s purchase last year of the S-400s, which are not compatible with NATO defences, raised the prospect of US sanctions early next year

Relations have been tense between Ankara and Washington over issues from policy toward Syria to the US refusal to extradite a cleric Turkey blames for a 2016 coup attempt.

Turkey has relied on the good personal ties between Erdogan and US President Donald Trump to smooth over divisions, but Biden is expected to be tougher on Turkey over foreign and defence policies and Ankara’s human rights record.

Ankara’s purchase last year of the S-400s, which are not compatible with NATO defences, raised the prospect of US sanctions early next year if Congress approves a defence spending bill which the House of Representatives has already voted to include language requiring the president to sanction Turkey.

In an interview with Reuters, AK Party Deputy Chairman Numan Kurtulmus played down that prospect.

“The US President will most likely watch the balance in the Middle East very carefully for US interests, and will not want to continue the tense ties with Turkey,” Kurtulmus said.

“...I believe they will take positive steps in the future.”

Washington says the S-400s pose a threat to the capabilities of its F-35 stealth fighter jets and has removed Turkey from the jet programme where it was a manufacturer and buyer.

Ankara says the S-400s will not be integrated into NATO and has called for a joint working group to discuss US concerns. Kurtulmus repeated that Turkey would not bow to pressure to return the Russian systems, or leave them unused.

“Sorry, but we didn’t procure these to hide them. We got them to meet Turkey’s security needs,” he said.

While Erdogan has downplayed the possible fallout from these sanctions and vowed counter-sanctions, he has also promised economic and judicial reforms, following an overhaul of Turkey’s economic leadership amid a plunge in the lira.

Asked if the reforms were aimed at easing tensions with the United States and the European Union, which will also evaluate possible sanctions against Ankara next month, Kurtulmus said the government would act only for Turkey’s interest.

“We act by thinking about what reforms we need, what steps to democratization will benefit our people and move on that path, not by thinking what act or rhetoric would please them,” he said.