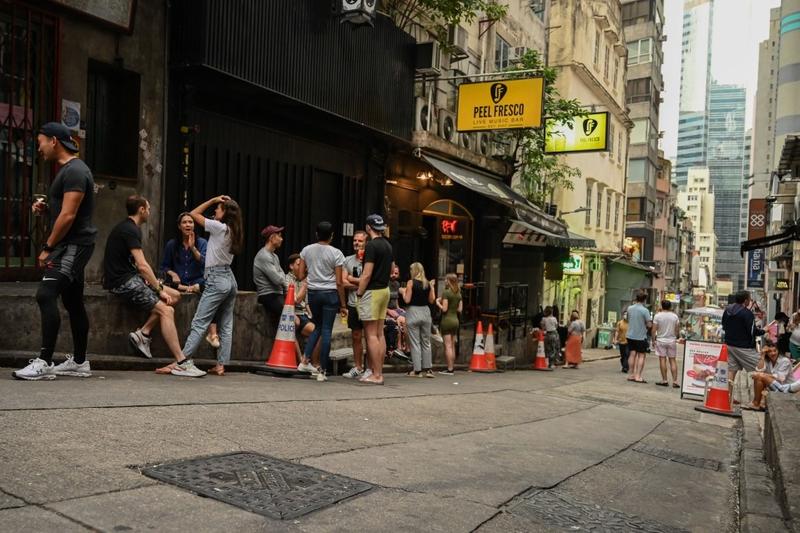 HONG KONG - The application window for the Return2hk scheme launched by the Hong Kong government for HK residents returning from Guangdong province or Macao without being subject to quarantine will open on Wednesday.

According to a government press release, the first batch of quotas under the Return2hk scheme will be open for application via www.quotabooking.gov.hk from 9 am Wednesday until 6 pm on Nov 20 for bookings to return to Hong Kong between Nov 23 and Nov 29. A daily quota of 3,000 has been set for Shenzhen Bay Port, while that for the Hong Kong-Zhuhai-Macao Bridge (HZMB) Hong Kong Port is 2,000.

Any Hong Kong resident aged 18 or above currently in Guangdong or Macao is eligible to apply. In the press release, the government urged the returnees to self-monitor their health for at least 14 days after entering Hong Kong.

The government made the announcement as Hong Kong recorded four new COVID-19 cases on Tuesday, including a local infection of unknown origin, pushing the local tally to 5,470.

In a media briefing on Tuesday afternoon, Chuang Shuk-kwan of the Centre for Health Protection said the three imported cases involved travelers from Turkey, Germany and the United Kingdom.

Chuang Shuk-kwan of the Centre for Health Protection said the three imported cases involved travelers from Turkey, Germany and the UK

Chuang said the local case involved 29-year-old man who lived at the Parcville in Yuen Long and worked at Centre 600 in Lai Chi Kok and at a construction site near Chong Yip Shopping Centre in Shek Tong Tsui.

The patient, who developed a sore throat on Thursday, last went to work on Monday, and more than 10 of his colleagues were to be quarantined, Chuang said.

She also said that there are fewer than 10 people testing preliminarily positive, including a 76-year-old taxi driver from Sha Tin. The other preliminary positive cases involved a 50-year-old daytime security guard working at Chuang’s London Plaza in Jordan and an 82-year-old man who lived with him in Kwai Shing West Estate.

According to Chuang, the security guard’s infection was linked to a fellow guard at his workplace who had previously tested positive.

Meanwhile, the government also announced  that the testing and isolation arrangements for consular and diplomatic officers who are exempted from the quarantine requirement upon arriving in Hong Kong will be tightened starting Wednesday.

The more stringent arrangements pertain to consular and diplomatic officers who have visited very high-risk places during the 14 days prior to their arrival in Hong Kong.

The government said it made the decision to tighten the arrangements due to the severity of the global COVID-19 situation, adding that it will closely monitor the pandemic and review the quarantine and testing arrangements for all inbound travelers to Hong Kong.

READ MORE: The clever game of the coronavirus

Ho Pak-leung, an infectious diseases expert at the University of Hong Kong, said the local outbreaks since October can be regarded as the city’s fourth wave of infections, which was attributed to loopholes in preventing imported cases.

His remarks came as a study by Hong Kong Polytechnic University suggested the gene sequencing of recent virus infections in the city resembles that of imported cases from India and Nepal.

Speaking on a radio program on Tuesday, Ho suggested that the government arrange shuttle buses to send inbound travelers to designated hotels in case they spread the virus when using public transport.

Starting last Friday, all the arrivals in the city from foreign countries and regions are subject to mandatory hotel quarantine, rather than home quarantine adopted previously.