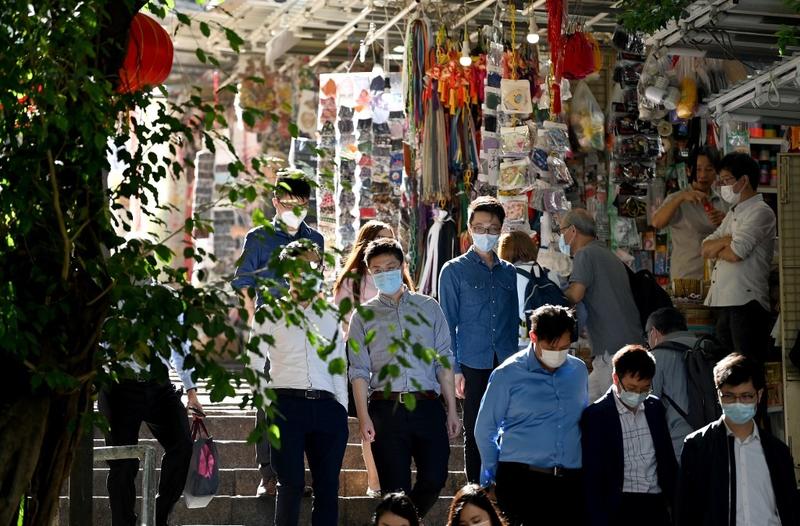 HONG KONG – Hong Kong reported eight new COVID-19 cases on Monday, all of which were imported, the Centre for Health Protection (CHP) said.

In a statement on Monday afternoon, the CHP said the total number of confirmed coronavirus cases in HK stood at 5,466.

The eight imported cases involved two persons who traveled from Pakistan, and one each from the Philippines, Spain, the United States, Bangladesh, India, and Nepal, the CHP said.

The eight imported cases involved two persons who traveled from Pakistan, and one each from the Philippines, Spain, the United States, Bangladesh, India, and Nepal, the Centre for Health Protection said

The CHP added that its epidemiological investigations and relevant contact tracing on the confirmed cases were ongoing.

According to the Hospital Authority (HA), a total of 123 confirmed patients were being treated in 20 public hospitals, including seven patients in critical condition and two in serious condition.

Also on Monday, the "LeaveHomeSafe" COVID-19 exposure notification mobile app, developed by the government to encourage the public to keep a more precise record of their whereabouts, was also made available for public download.

Also on Sunday, 2,380 persons had themselves tested at four community testing centers that opened on Hong Kong Island and in Kowloon, New Territories East and New Territories West.

The centers, set up by the government, provide COVID-19 testing services for general community or private purposes, with their fees capped at HK$240.