Cooperation 'will' of people across Straits 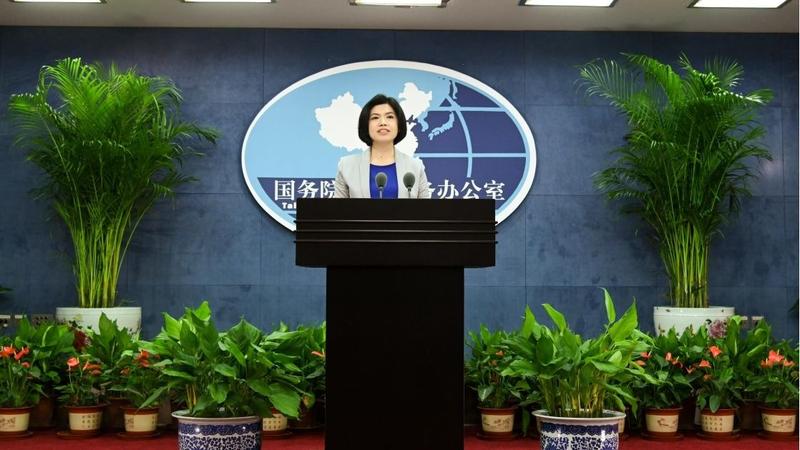 A spokeswoman for the State Council Taiwan Affairs Office reiterated on Wednesday that the will of the Chinese mainland to safeguard national sovereignty and territorial integrity is as firm as a rock and will never leave any space for any form of separatist activities aimed at "Taiwan independence".

Zhu Fenglian, the spokeswoman, made the remarks on Wednesday when asked to comment on a scholar's remark on recent tensions across the Taiwan Straits.

Chao Chien-min, a professor of cross-Straits studies at the Chinese Culture University in Taiwan, said last week that the situation facing cross-Straits relations is at its most severe in the past 40 years and has entered a state of "quasi-war".

The Chinese mainland will never leave any space for any form of separatist activities aimed at "Taiwan independence", said Zhu Fenglian, spokeswoman for the State Council Taiwan Affairs Office

Su Tseng-chang, chief of the island's executive body, warned the mainland last week "not to threaten the Taiwan people with war", as the mainland held a series of activities to mark the 70th anniversary of the Chinese People's Volunteers entering the Democratic People's Republic of Korea to fight in the War to Resist US Aggression and Aid Korea (1950-53).

Zhu said that Su "deliberately provoked confrontation between the two sides with a sinister intention, intimidating the people of Taiwan".

She said that the root cause of the complex and severe situation across the Taiwan Straits was the Democratic Progressive Party, the ruling party of the island, and "Taiwan independence" secessionist forces.

They have colluded with foreign forces to intensify their provocations for the pursuit of "independence", she added.

The US State Department notified Congress on Monday of plans for a US$2.37 billion sale of Harpoon missile systems to Taiwan.

The move came days after the administration approved the sale of three other weapons systems valued at US$1.8 billion to the island.

"The DPP authorities overreached themselves by openly making military threats and provocations against the mainland," Zhu said.

She added that these moves will only undermine peace and stability across the Straits and bring disaster to people on the island, and efforts to seek "independence" by force are doomed to fail.

The spokeswoman also urged the US to handle the Taiwan question properly and not to send wrong signals to the DPP and "Taiwan independence" forces.

Yok Mu-ming, honorary chairman of Taiwan's New Party, said the DPP administration claims that relying on the US to resist the mainland will bring stability and prosperity to the island, but in fact it is creating the risk of war and will harm the people of Taiwan.

Wang Zhenmin, a law professor at Tsinghua University in Beijing, said the interests of people on both sides will be maximized only by resolutely containing "Taiwan independence" forces and promoting the peaceful development of cross-Straits relations.

In a poll last week by the Taiwan Strategy Research Association and the Taiwan Center for International Strategic Studies, 94 percent of the respondents from Taiwan wanted peace between the two sides of the Straits.

"Support for peaceful development across the Straits has always been the mainstream opinion of compatriots on both sides," Zhu said.

Despite deliberate obstructions by the DPP authorities and the impact of the COVID-19 pandemic, cross-Straits exchanges have been carried out this year. Cross-Straits trade and Taiwan businesses' investment in the mainland have continued to grow, according to the spokeswoman.

"The need for exchanges, cooperation and development between compatriots on both sides is the will of the people and the general trend, and no one or any force can stop it," she said.

Zhu called on people from Taiwan to work with those on the mainland to keep the destiny of the Chinese nation firmly in their own hands.