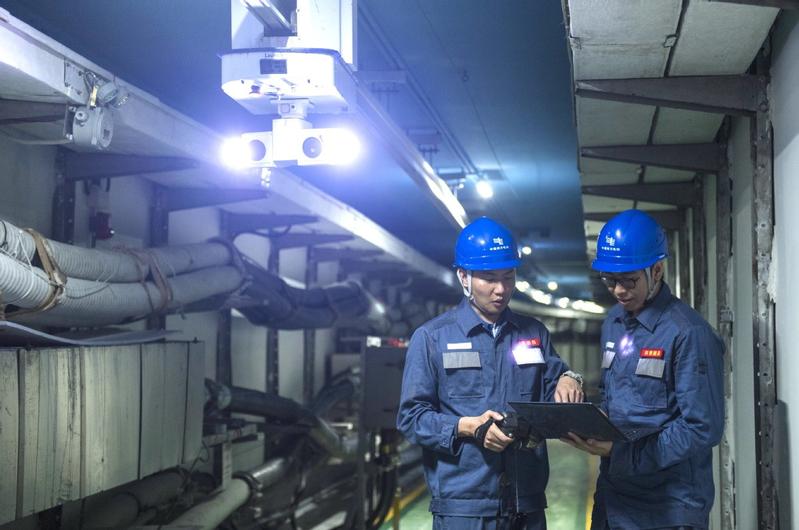 China will foster new growth drivers in areas of development for regional integration, 5G and digital technologies in its State-owned enterprises during the 14th Five-Year Plan (2021-25) to create a new pattern of high-quality development, said government and SOE officials.

They made the comments after the State-owned Assets Supervision and Administration Commission of the State Council announced on Monday that both centrally-administered SOEs and State-controlled firms will focus on regional coordinated development strategies－such as the Guangdong-Hong Kong-Macao Greater Bay Area, the Beijing-Tianjin-Hebei region and the Yangtze River Delta region－to realize more potential from these regions' comparative advantages and resource endowments to seek new growth drivers.

In addition to supporting selected companies to carry out mergers, acquisitions and other types of professional integration, the SASAC said SOEs will be encouraged to form more partnerships with private companies－in particular small and medium-sized enterprises－to further boost compatible innovation among them.

"Guided by mutually beneficial market operations, SOEs will actively enhance all-round cooperation with them, serving as a national team in stabilizing the industrial chain over the long run," Weng said.

Through industrial funds, equity purchases and other methods, central SOEs have invested more than 400 billion yuan (US$59.76 billion) in over 6,000 private companies since 2013. Meanwhile, the SASAC guided central SOEs to reinforce management and become active shareholders after investment, strictly regulate transactions and promote information disclosure.

To better respond to the government's call to participate in the country's coordinated regional development, China Southern Power Grid Co Ltd, which supplies electricity to the Guangxi Zhuang autonomous region and the provinces of Guangdong, Yunnan, Guizhou and Hainan, plans to invest more than 170 billion yuan in power grid construction in the Pearl River Delta region between 2018 and 2022.

Based on the power grid, the Guangzhou-based central SOE intends to build an international standard smart power grid in the Guangdong-Hong Kong-Macao Greater Bay Area, or GBA, by 2030 and aims to help build the area into a vigorous international urban agglomeration, a main hub of the Belt and Road Initiative, a cooperation demonstration zone between the Chinese mainland, Macao and Hong Kong, as well as an area ideal for living, traveling and working.

"Our power supply unit in Hengqin in Zhuhai, Guangdong province, is now improving the power grid in Hengqin in order to realize a quick power recovery within 300 milliseconds so that only two households at most would be impacted by a blackout," said Meng Zhenping, the company's chairman.

Meng said the company will continue to improve the urban and rural power transmission and distribution network in the entire province, and is aiming to build a highly reliable power supply demonstration zone in three locations: Sino-Singapore Guangzhou Knowledge City, Qianhai of Shenzhen and the Hengqin New Area in Zhuhaiall of which are in Guangdong province.

Domestic circulation, or the internal cycle of production, distribution and consumption, will be the mainstay of economic development while the domestic market is integrated with international circulation to promote the smooth twoway flow of goods and capital, said the Ministry of Commerce

The power grid constructor and operator sold 1,051.8 Terawatt-hours of electricity, generating revenue of US$81.2 billion in 2019, with total assets reaching US$133.2 billion.

Domestic circulation, or the internal cycle of production, distribution and consumption, will be the mainstay of economic development while the domestic market is integrated with international circulation to promote the smooth twoway flow of goods and capital, said the Ministry of Commerce.

Unlike other major online shopping festivals such as the Double 11 shopping carnival (Nov 11) and the 618 Midyear Shopping Festival, China Post will take advantage of its direct access to rural areas and provide services - including agricultural materials and technologies, warehousing and logistics - to farmers' cooperatives across the country to further help them sell their products and conduct poverty alleviation activities, said Liu Aili, chairman of China Post.

The company has already made a plan to help farmers earn more through e-commerce business during the 14th Five-Year Plan, including building online pavilions in national level poverty-stricken areas, advising and helping farmers to grow marketable products, and train more people with new skills.