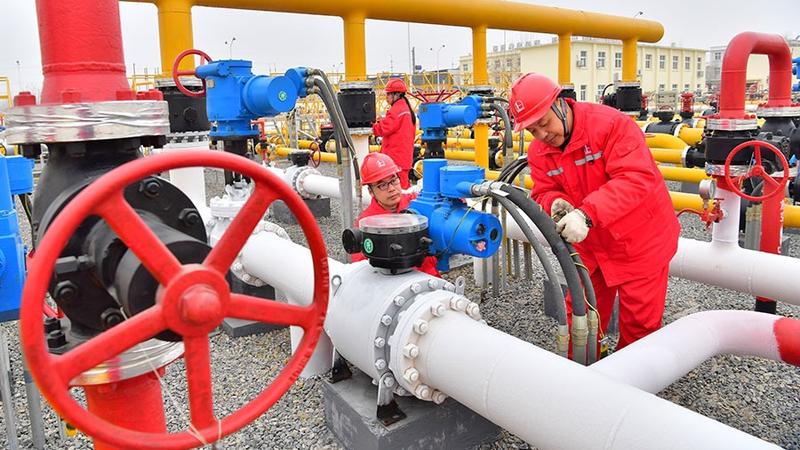 The company will partly be responsible for the investment, construction and interconnection of main oil and gas pipelines to form a nationwide network, allowing to transport crude oil, refined oil and natural gas through the network, it said.

Aiming to forge an oil and gas market with effective transport through a unified pipeline network, the establishment of the central SOE is an important step forward in promoting the reform of China's oil and gas system.

By interconnecting the country's oil and gas pipelines, the company will help raise the allocation efficiency of oil and gas resources and ensure safe and stable energy supply.

The establishment of the new company is also a key step towards the marketization of China's oil and gas pipeline industry. It is also a key measure conducive to the separation of oil and gas transportation and marketing, which will have an important impact on China's current oil and gas market mechanism.

In fact, the creation of a national oil and gas company has been under consideration for years. Now the Chinese government is dedicated to continuously promoting oil and gas pipeline network reforms, enhancing the high-level openness in the market and encouraging full competition for all market players.

Experts said the creation of the new company shows the government's determination to widen the reforms, which will help improve the efficiency of oil and gas resource allocation and ensure the safe and stable supply of energy.

By separating the pipeline business from sales, the guideline is likely to bring more social capital to the construction of pipelines, and allow upstream and downstream participants more access to the infrastructure.

In recent years, China has seen rapid development of the construction of the natural gas pipeline network. By the end of 2018, the country had 76,000 kilometers of long-distance pipelines carrying natural gas, with a capacity of more than 280 billion cubic meters of natural gas per year, according to Liu Manping, an expert from the China Oil and Gas Industry Think Tank Alliance.