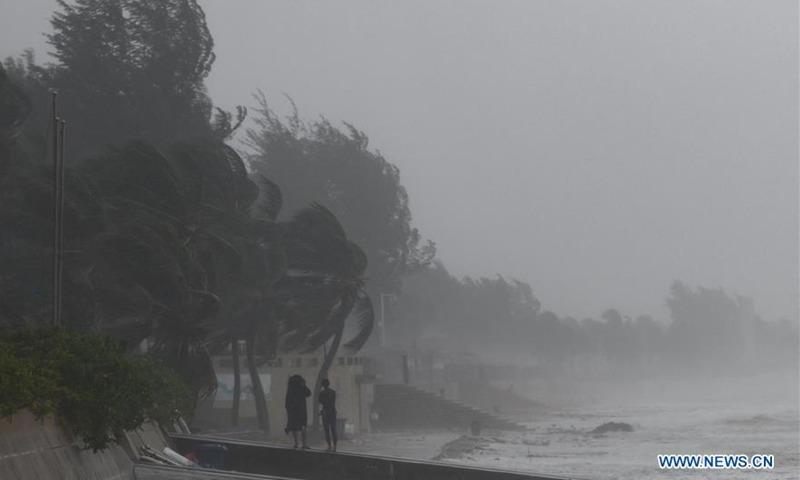 HAIKOU - Ferry services in south China's Qiongzhou Strait resumed Wednesday after more than 30 hours of suspension due to Typhoon Nangka.

Typhoon Nangka, the 16th of the year, made landfall in Qionghai City, Hainan, at around 7:20 pm Tuesday

Ferry operations between Hainan and Guangdong provinces were halted at 3 am Tuesday as a precaution against gales and torrential downpours, according to the Haikou maritime safety administration.

As the cyclone receded, Hainan province lowered its warning levels for typhoon and rainstorm on Wednesday morning. Passenger trains and high-speed rail services circling the island have started plying, while flight operations at local airports are gradually resuming.

Typhoon Nangka, the 16th of the year, made landfall in Qionghai City, Hainan, at around 7:20 pm Tuesday, with a maximum wind speed of 90 km per hour near the typhoon's center.

It swept the coastal waters of the Beibu Gulf at 11 am Wednesday and is moving southwestward at a speed of around 20 km per hour. The typhoon is expected to make another landfall on the northern coast of Vietnam around Wednesday night, said Hainan Meteorological Service.