By Ma Zhiping in Haikou and Li Wenfang in Guangzhou 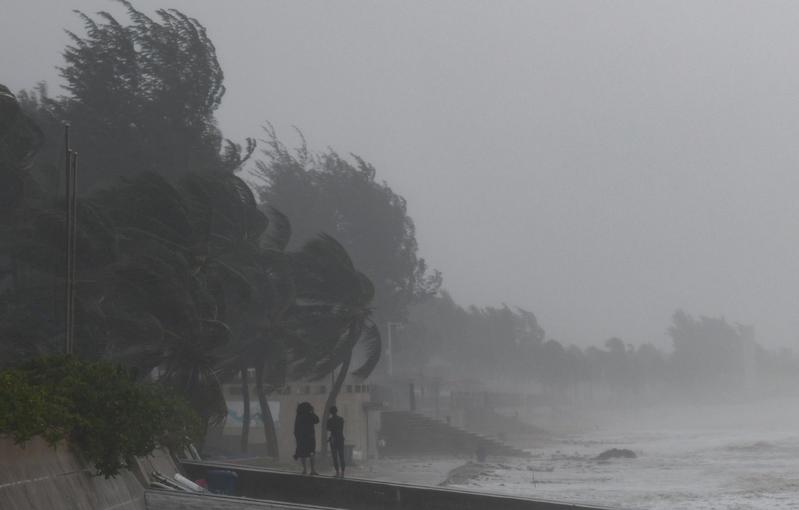 Typhoon Nangka slams into the coastal cities of Hainan province, bringing with it winds and rain, on Oct 13, 2020. (PHOTO / XINHUA)

Typhoon Nangka, the first typhoon to hit Hainan this year, has forced the cancellation of 191 flights and ferry and rail services, as well as the closure of scenic spots on the island province.

Nangka, the 16th typhoon of the year, landed in the coastal area between Wanning and Qionghai in eastern Hainan Island at around 7:20 pm on Tuesday with winds as strong as 100 kilometers per hour. It was expected to cross the island and pass through Beibu Gulf to the northern coast of Vietnam, according to the Hainan Meteorological Service.

It said Nangka, together with cold air, is expected to bring between 40 and 100 millimeters of rain to the northeast and the eastern coast of Hainan Island through Wednesday. At the same time, the eastern side of the Leizhou Peninsula, which juts south from Guangdong province, as well as the eastern and southern sea areas of the island will see waves as high as 5.5 meters.

Heavy rain is also expected in southwestern Guangdong, southeastern Guangxi Zhuang autonomous region and Nansha and Zhongsha islands, which are part of Hainan. 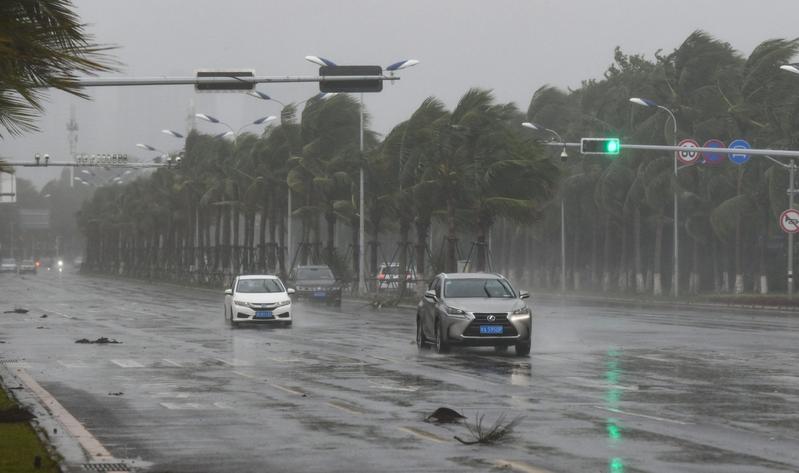 Typhoon Nangka slams into the coastal cities of Hainan province, bringing with it winds and rain, on Oct 13, 2020. (PHOTO / XINHUA)

All trains to and from the island via the cross-strait Yuehai Railway ferry were halted. By 8 pm on Tuesday, 191 flights at Hainan's two major airports in Haikou and Sanya were canceled, and 35 flights were delayed due to the typhoon. The high-speed railway running around the island stopped operation on Tuesday morning.

To ensure supply and price stability, local vegetable supply companies have reserved more than 960 metric tons of 30 types of vegetables from inside and outside Hainan, including potatoes, Chinese cabbage and lettuce, 200 tons of which are being sold at only 1 yuan (US$0.15) per 500 grams, according to the local government.

The local observatory estimated that another typhoon will enter the southeastern areas of the South China Sea around Thursday, again bringing strong winds and rainfall to Hainan through Sunday.

The meteorological service called for strong prevention measures against secondary disasters such as floods in urban and farmland areas and in rivers across the island. 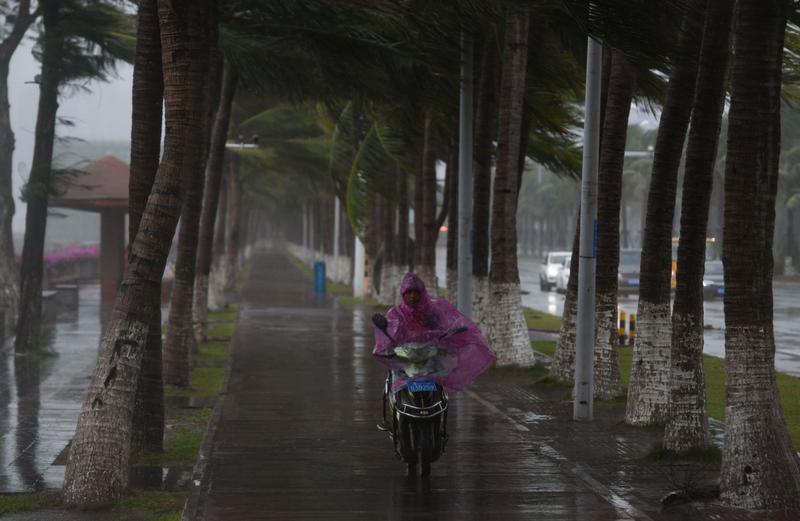 Meanwhile, Nangka and a cold front were forecast to jointly deliver heavy rainfall to the Pearl River Delta in Guangdong, as well as the western part of the province between Tuesday and Thursday.

Starting Wednesday, the Department of Emergency Management of Guangdong is requiring that places including underground parking lots, subways, low lying roads and tunnels be placed under 24-hour observation during the upcoming rainfall.

The supervision of and warnings against floods in mountainous areas, landslides and swollen rivers should be strengthened.

Gusty winds were forecast along the coast of Guangdong, especially around the Leizhou Peninsula. Fishing vessels were required to return to harbors by noon on Monday.