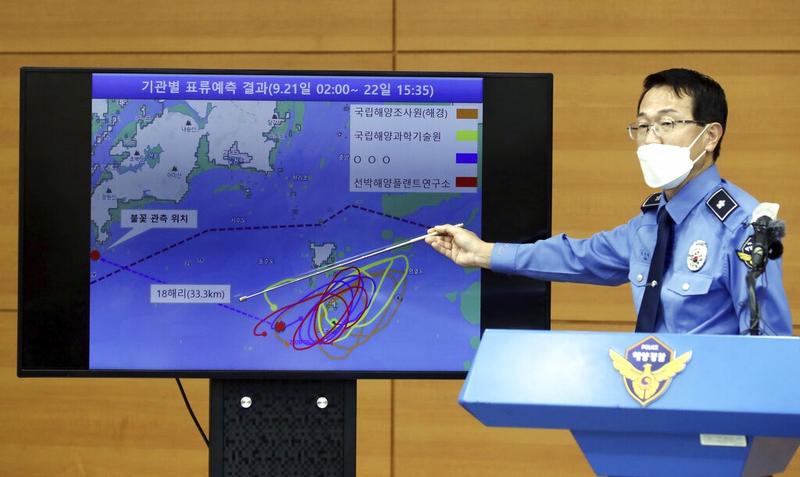 Yoon Sung-hyun, head of the Republic of Korea (ROK) Coast Guard's investigation bureau, speaks during a briefing at the agency in Incheon, ROK, Sept 29, 2020. (YUN HYUN-TAE / YONHAP VIA AP)

SEOUL - The brother of the fisheries official from the Republic of Korea (ROK) who was killed by the Democratic People's Republic of Korea's (DPRK) soldiers at sea last week rejected the government's claim on Tuesday that the man had expressed his willingness to defect to the soldiers.

The death of the official, who was only identified by his surname Lee, sparked a dispute over why and how he was found floating in DPRK waters nearly 36 hours after he went missing.

ROK's Coast Guard said it has determined after an investigation based on CCTV footage, military intelligence and background records that the slain official told DPRK troops he wished to defect and they were aware of his detailed personal information

ROK's Coast Guard said it has determined after an investigation based on CCTV footage, military intelligence and background records that the official told DPRK troops he wished to defect and they were aware of his detailed personal information.

“We have confirmed that the North side had secured his personal information that he would only know, including his name, age, hometown and height, and that the missing person had conveyed his willingness to go to the North,” said Yoon Sung-hyun, chief of investigation and intelligence at the Coast Guard.

The DPRK is also referred to as North Korea, and ROK as South Korea.

Yoon said the possibility was “extremely low” that he had lost his footing or attempted to take his own life because he was wearing a life vest and a flotation device when found some 38 kilometers away from where he went missing.

Yoon said the official had run up debt of some 330 million won (US$282,000) mostly from gambling but it was still unclear whether he sought to flee because of that. 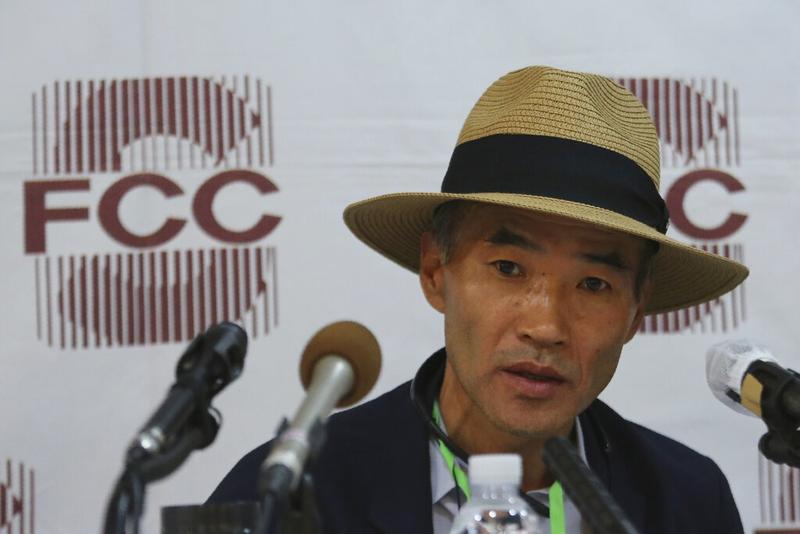 Lee Rae-jin, the older brother of a Republic of Korea (ROK) government official who was recently killed by the Democratic People's Republic of Korea's troops, speaks during a press conference at the Seoul Foreign Correspondent Club in Seoul, ROK, on Sept 29, 2020. (AHN YOUNG-JOON / AP)

But the man's brother, Lee Rae-jin, said it must have been an accident as he had been proud of his job, just got a new boat and left a government identification card that would have facilitated his defection.

He questioned the government's evidence, suggesting the DPRK could have manipulated audios as both militaries frequently eavesdrop on each other.

"Most old men of our age are indebted and have family issues but who would go to the North because of that?" he said at a news conference.

Lee accused the government and the military of letting slip "golden opportunities" to save his brother by refusing his requests for more ships and helicopters during an initial search while his brother was still floating in the waters.

He said only several boats and one helicopter were mobilized on Sept 21-22. His brother went missing on Sept 21 and was shot dead the following day.

"My brother had even rejected to join my business, saying he would retire as a public servant and was proud of that," he said.

The Coast Guard and Navy have expanded the search for the man’s body involving dozens of ships after Pyongyang said the soldiers only burned a flotation device he was using, in an effort to head off the risk of a novel coronanvirus outbreak.

ROK has accused DPRK of dousing his body in fuel and setting it on fire after killing the man, calling for a joint investigation.

Pyongyang remains silent about the joint probe as of Tuesday but DPRK leader Kim Jong-un has offered an apology. State media said DPRK was conducting its own search for the man’s body but warned ROK against raising tension by intruding into its waters.