DPRK warns ROK against intrusion into its territory 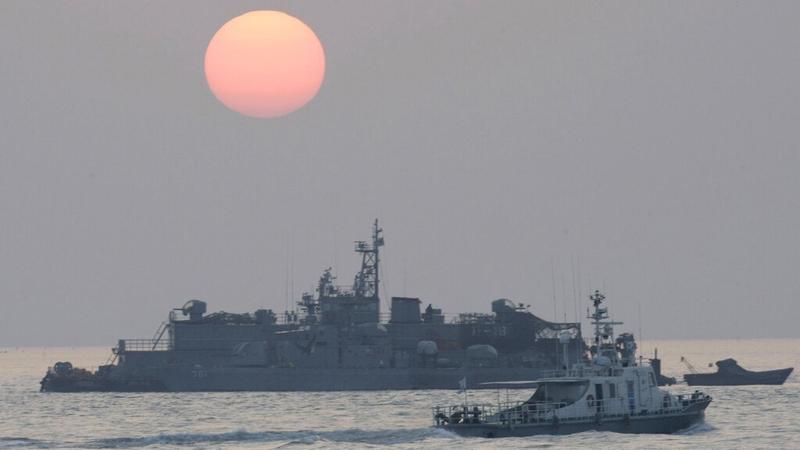 In this Dec 22, 2010 file photo, a government ship sails past the Republic of Korea (ROK) Navy's floating base as the sun rises near Yeonpyeong island, ROK. (AHN YOUNG-JOON / AP)

The ROK military said on Thursday that a fisheries official was shot dead by DPRK soldiers near the inter-Korean maritime border. According to the ROK government, Pyongyang sent a notice to the Blue House Friday to explain the deadly shooting.

In regards to the shooting incident, the KCNA said Pyongyang has investigated the "awful case which should not have happened in the present phase of the inter-Korean relations," and notified the ROK side about its details on Friday.

"We also took more necessary security measures in order to make sure that no more incident spoiling the relations of trust and respect between the north and the south would happen in any case," the KCNA added.

The KCNA quoted a report by the country's navy as saying that ROK has "mobilized many vessels, including warships, to an action presumed to be a search operation and let them intrude" into the DPRK's territorial waters since Friday.

The DPRK urged ROK to "immediately halt the intrusion."

Pyongyang also said it was about to organize a search operation and considered the procedures of "handing over any tide-brought corpse to the south side conventionally" in case they found it during the operation.

A spokesman for ROK’s Ministry of National Defense had no immediate comment on the DPRK’s accusations.

The ROK has mobilized 39 vessels, including 16 naval ships, and six aircraft for the search, which continued on Sunday despite the DPRK complaints, ROK news agency Yonhap said.