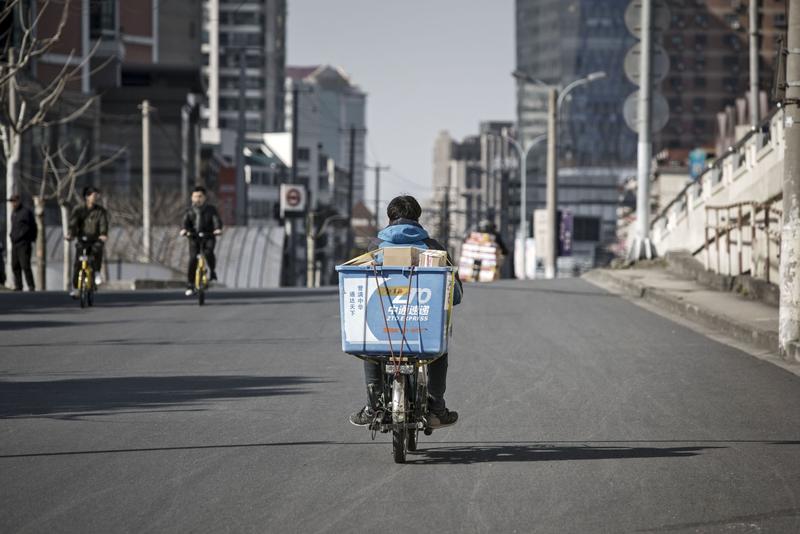 A ZTO Express Inc courier rides an electric motorcycle along a road while making a delivery in Shanghai, China, on Feb 10, 2017. (PHOTO/BLOOMBERG)

Chinese courier service giant ZTO Express Cayman Inc and drug developer Zai Lab Ltd raised a combined HK$15.7 billion (US$2 billion) in their second listings in Hong Kong, according to people familiar with the matter, adding to the flurry of share sales in the financial hub by US-traded firms from the Asian nation.

ZTO Express has raised US$1.27 billion after pricing its offering of 45 million shares at HK$218 each, the people said, asking not to be identified as the information is private. The price represents a discount of about 2 percent to its closing price of US$28.68 on Monday in New York amid a broad equity selloff.

Biopharmaceutical company Zai Lab raised US$766 million after pricing its sale of 10.56 million shares at HK$562 each, the people said. That amounts to a discount of about 1 percent to its New York closing price of US$73.3 on Monday.

The two firms are joining a growing cohort of New York-traded companies from the Chinese mainland in looking to establish a trading foothold in Hong Kong as relations between Washington and Beijing come under significant strain. US regulators are threatening to restrict Chinese firms’ access to American capital markets if the companies do not allow authorities to review their audits, escalating an issue that has vexed them for over a decade. E-commerce services provider Baozun Inc is due to become the third company this week to price a sizable Hong Kong listing as it seeks as much as US$536 million.

Hong Kong’s stock exchange is benefiting from the trend. Some US$10.6 billion has been raised from the “homecoming” listings this year of companies including JD.com Inc and Yum China Holdings Inc, and more are in the pipeline. The offerings of ZTO Express and Zai Lab are hitting the market before the mammoth IPO of Jack Ma’s Ant Group which could raise at least US$35 billion through simultaneous listings in Hong Kong and Shanghai, soaking up massive amounts of liquidity, Bloomberg News reported on Monday.