UEFA Super Cup interest will be focused away from the pitch 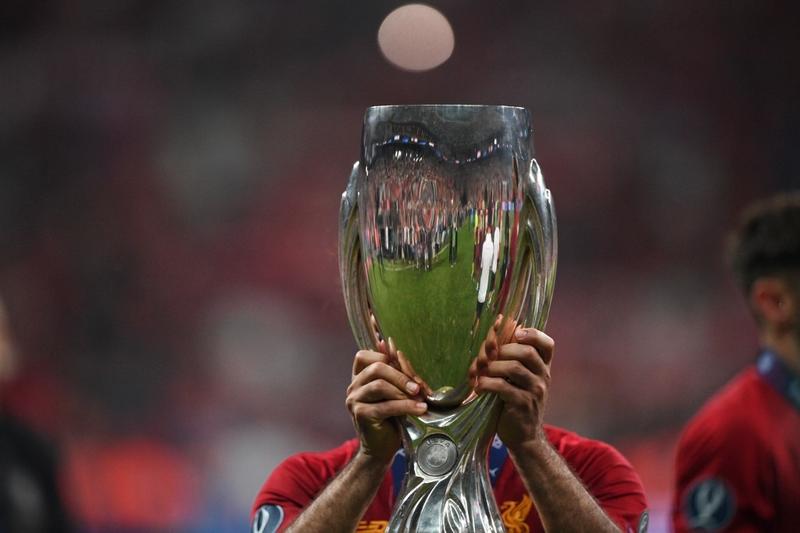 The UEFA Super Cup will also feature travelling fans with 3,000 tickets available to followers of each club

Bayern are unbeaten since Dec 7, a run of 31 competitive matches which has seen them steamroller several opponents -- including Barcelona who were beaten 8-2 -- on their way to completing a Bundesliga, German Cup and Champions League treble.

Sevilla’s form has been almost as impressive with no defeats since Feb 9 -- a run of 21 matches -- as they finished the season by lifting the Europa League.

But the main interest is likely to revolve around the game’s status as a test event for the return of fans to stadiums.

Although some countries have begun allowing spectators back in small numbers, Thursday’s match in Hungary is more ambitious, and arguably riskier, with UEFA and local authorities allowing the Puskas Arena to fill up to one third of its 67,000 capacity.

It will also feature travelling fans with 3,000 tickets available to followers of each club.

UEFA says strict hygiene measures will be in place with fans instructed to keep a distance of 1.5 metres from each other, wear masks and wash and disinfect their hands wherever possible.

They also have to undergo body temperature checks at the stadium and anyone over 37.8 Celsius will be barred entry.

Those supporters arriving from abroad will have to present a ticket and proof of a negative COVID-19 test which must have been conducted in the previous three days, and they can only stay in the country for up to 72 hours.

But those measures have not convinced everyone.

On Monday, Bavarian Premier Markus Soeder urged Bayern Munich fans not to travel, warning that the match could turn into a hotbed for COVID-19 to spread. He also warned they could face quarantine on their return to Germany.

That could make it more trouble than it is worth for many fans, especially for a fixture that is often regarded as little more than an exhibition event.

First played in 1973, it originally featured the winners of the old European Cup and European Cup Winners’ Cup until the latter was abolished in 1999. Since then, it has been between the Champions League and Europa League winners.

The single leg format has been used since 1998 and, in recent years, UEFA has taken it to cities which are less likely to host major European club matches such as Tbilisi, Skopje, Trondheim and Tallinn.

Given the current health situation and the short break since the end of the previous season, Bayern coach Hansi Flick was less than happy about playing the match.

“Both teams had a short break and not a very long time to prepare for the game,” he said. “It’s something that we don’t really understand. It’s not a decision we have taken -- it’s been taken by others.”