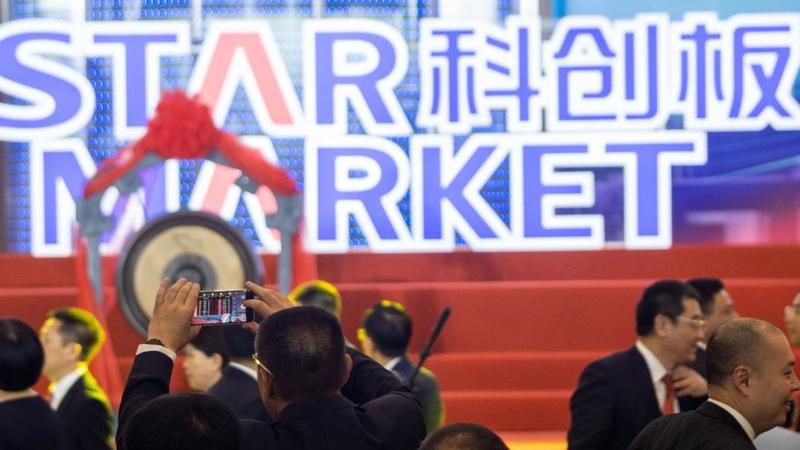 An attendee takes a snapshot at the launch ceremony of the STAR Market in Shanghai. (WU JUN / FOR CHINA DAILY)

ASM is aiming to eventually relist itself on Shanghai’s Nasdaq-like STAR Market to take advantage of its sharply higher valuations, said the people, who declined to be named as the information is confidential.

ASM is aiming to eventually relist itself on Shanghai’s Nasdaq-like STAR Market to take advantage of its sharply higher valuations, said the people, who declined to be named as the information is confidential

The company's parent Dutch chip maker ASM International NV, which holds about 25 percent of the Hong Kong Special Administrative Region (HKSAR) arm, supports the proposal but doesn't plan to divest its stake, said one of the people.

ASM denied that it was planning to go private. ASM International didn’t immediately respond to a request for comment.

Based on ASM’s current market value of US$4.2 billion, a potential deal would cost outside investors at least US$3.2 billion, without taking into account a premium paid on the stock price.

Hong Kong-listed companies have announced take-private deals worth US$17.8 billion so far this year, more than double last year’s annual volume, according to Refinitiv data, often citing undervalued shares as a reason for the deals.

The average premiums paid by buyers for those deals jumped to 46 percent in 2019 and this year, from 34 percent in 2018, the data showed.

ASM, which produces chip assembly and packaging machinery, has since earlier this year approached a number of private equity and venture capital firms in the hope they can help fund a buyout, the people said.

The company has also talked to several banks for the deal financing, said one of the people.

Companies raised US$14.4 billion via IPOs on STAR in the first eight months of 2020, making it the second-biggest market globally, just behind Nasdaq, Refinitiv data showed, and ahead of New York and the HKSAR.

STAR Market-listed companies enjoy an average price to earnings of over 93 times, according to the Shanghai Stock Exchange. Eikon data showed Nasdaq 100 companies have an average PE of 35.84 times.

Mainland nvestors have also driven the country’s 45 listed chipmakers to over 100 times the companies’ earnings, making semiconductors the priciest sector in the stock market.

Founded in 1975, Singapore-headquartered ASM claims to be the only company in the world that offers high-quality equipment for all major steps in the electronics manufacturing process - from carrier for chip interconnection to chip assembly and packaging to Image result for surface-mount technology (SMT).

It has been listed in the HKSAR since 1989 and counts the mainland for half of its revenue, according to its website and filings.