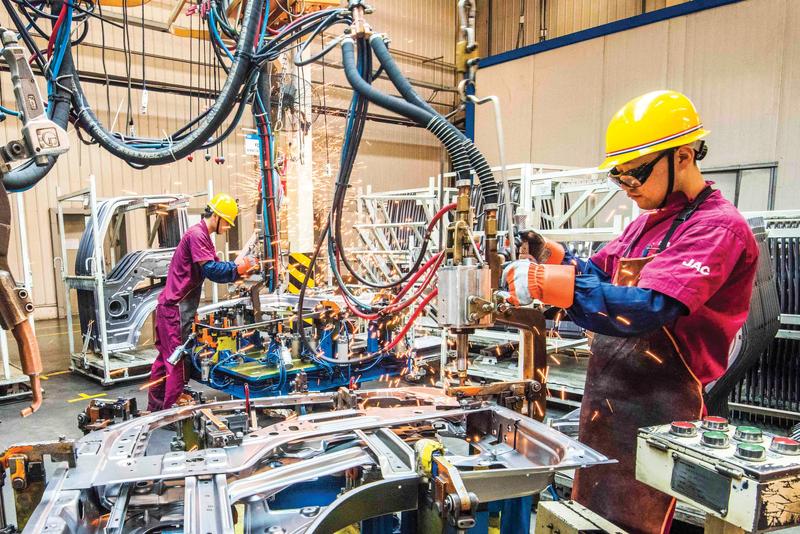 China’s economy continued its strong recovery in August from the damage caused by the COVID-19 pandemic as key data pointed to a stabilizing growth trend and a steady rebound of domestic demand.

The stronger-than-expected recovery, as per figures released by the National Bureau of Statistics on Sept 15, has prompted some economists to raise their forecasts for China’s growth for the rest of the year. Meanwhile, experts were hopeful the country’s robust recovery will be a crucial stabilizer for the global economy.

Fixed-asset investment, including in the manufacturing, infrastructure and property sectors, grew 4.18 percent in August from the previous month. From January to August, fixed-asset investment declined 0.3 percent year-on-year, narrowing from the 1.6 percent decrease in the first seven months.

NBS spokesman Fu Linghui said the rebound in domestic demand, acceleration of investment growth and the recovery of consumption are playing a stronger role in driving the country’s overall economic activities.

“If such momentum continues in September, China will see faster growth in the third quarter than in the second quarter,” Fu said at a news conference in Beijing on Sept 15.

The NBS spokesman, however, warned that the economy still faces external uncertainties as the pandemic has not been effectively controlled globally. The government should continue to step up policy support to ensure stability in key areas including employment, corporate operations and people’s livelihoods, he said. 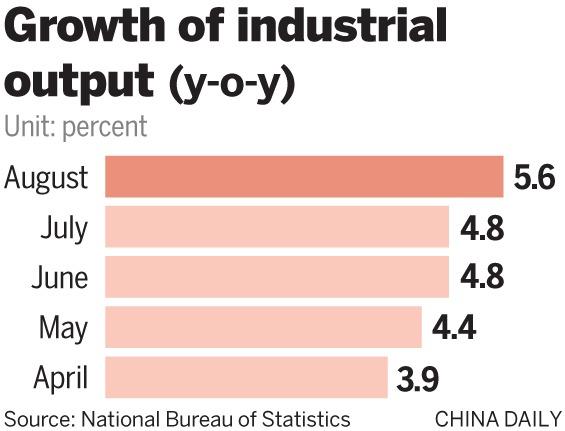 Some economists have raised their forecasts for China’s GDP growth for rest of the year after the August data pointed to robust economic activities in the country.

“Strong external demand, a further recovery from the pandemic and pent-up demand from the floods all contributed to the robust activity data in August,” Lu Ting, chief China economist at Nomura Securities, said in a research note.

“The stronger-than-expected data in August support our recent decision to raise our Q3 and Q4 growth forecasts to 5.2 percent year-on-year and 5.7 percent, respectively. We expect a further, albeit gradual, recovery of the services sector, a steady improvement in retail sales and elevated fixed-asset investment growth,” Lu said.

The recovery of China’s domestic consumption has beat expectations and has been a bright spot as the country’s retail sales returned to growth for the first time this year. The country’s services sector also continued to recover as business activities in the catering, hotel and entertainment sectors substantially picked up in August, the NBS said.

“After the pandemic, China is likely to be a key growth driver in the global consumer market. And the purchasing power of its vast population will continue to be a leading force driving China’s growth,” Wei said.

According to German media reports quoting data from the Federal Statistical Office of Germany, China surpassed the United States to become the largest importer of German goods in the second quarter, purchasing nearly 23 billion euros (US$27.3 billion) of goods during the period.

China was the only G20 economy to record economic growth in the second quarter of this year while most other G20 member countries saw an “unprecedented” contraction in their economies, the Organization for Economic Cooperation and Development said in a report on Sept 14.

Tang Jianwei, chief researcher at the Financial Research Center of the Bank of Communications, said production and demand are recovering synchronously in China and the country’s GDP growth is likely to return to growth of around 5 to 6 percent in the third quarter.

Tang said the steady recovery has reduced the likelihood of policymakers in Beijing further engaging in monetary easing to stimulate the economy for the remainder of the year.

Zhou Lanxu contributed to this story.