By Han Baoyi in London 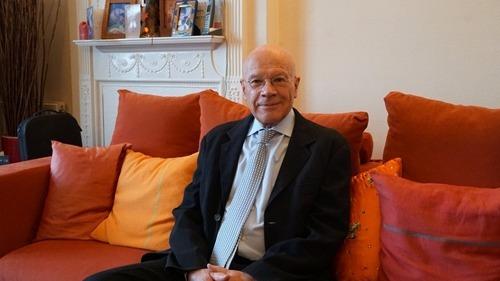 China's rise has been "extraordinarily positive" for the world and it is learning how to become a great power, said Martin Jacques, a former senior fellow of politics and international studies at Cambridge University.

Jacques said the United States interprets China's rise as a threat as it can't imagine the country playing such an important role in the global economy and becoming an economic challenger to the US.

"The international system, if you like, is the American system," said Jacques, the author of When China Rules the World. "The idea that America is No 1 is part of the American DNA."

However, no country can expect to be No 1 forever, Jacques said, adding that the US has been in denial about its decline and the rise of China and other developing countries. He said the US response has been to find a way of making China's rise more difficult and he described the current situation as a "new cold war".

But Jacques said this term shouldn't be confused with the one used to describe the former relationship between the US and the Soviet Union, as there are three fundamental differences between them.

The first is that during the Cold War, which ran from 1947 to 1991, the economic situation was entirely different from today, when China is widely integrated with the global economy.

Jacques said the Trump administration will not be able to excise China from the global economy as it is too important, and its relations with so many countries around the world are too advanced for that to happen.

The second is that the Soviet Union was never the economic equal of the US; however, in 2014, the Chinese economy overtook the US economy measured by purchasing power parity, according to the International Monetary Fund. The IMF also predicts that by 2024, China's economy will be 56 percent larger than the US economy on a PPP basis.

"So the rise of China economically is formidable. And it is deeply embedded. And it is showing its ability to perform in many different areas, including, of course, technology," Jacques said.

He said the trade and technology wars launched by the US against China are not going to work.

Jacques said the technology war is damaging China, in particular Huawei, because of the chip issue. However, the war would not succeed "because China's innovative energy, innovative potential, innovative dynamic is just too strong now", he said.

Jacques said the third issue is that China won't make the same mistake the Soviet Union did and become involved in an arms race with the US, which was a "disastrous approach".

He said China has shown "extraordinary restraint" during its rise and never become involved in wars, adding that it had played a positive role in different global organizations.

"I don't believe the present international system can survive for a long time. And the reason is quite simply that we live in a completely different world, a rapidly changing world," he said.

Jacques added that: "I like the Chinese expression, inclusive civilization. But the West has got no idea how to embrace that."