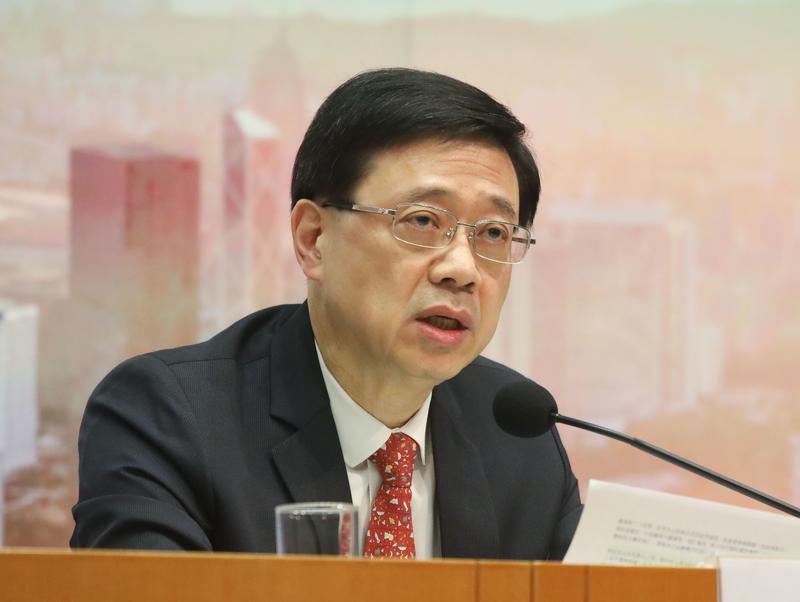 It is a well-recognized legal principle that every jurisdiction deals with illegal acts in its area in accordance with its own laws, Lee stressed in a blog post.

The city’s security chief said the HKSAR government respects and will not interfere with law enforcement in other jurisdictions.

According to a statement issued by the Shenzhen police on Sunday, the coast guard in Guangdong province on August 23 arrested 12 Hong Kong residents for illegally crossing the border. Some local media said they tried to flee the HKSAR by speedboat to Taiwan.

According to a statement issued by the Shenzhen police on Sunday, the coast guard in Guangdong province on August 23 arrested 12 Hong Kong residents for illegally crossing the border. Some local media said they tried to flee Hong Kong by speedboat to Taiwan

The residents are linked to seven different criminal cases in the HKSAR — with 10 of them charged of serious offenses, including making or possession of explosives, arson, conspiracy to wound with intent, riot, assaulting police, possession of an offensive weapon and possession of an instrument fit for unlawful purpose, Lee said.

One of them was charged with colluding with foreign or external powers to endanger national security, and another is wanted by Hong Kong police on suspicion of making or possession of explosives, he added.

Lee noted that most of the arrested men were granted bail by the courts, and they were forbidden from leaving the HKSAR.

The Hong Kong police have been keeping track with developments in the case, Lee said.

He said the HKSAR government would also continue providing practical assistance to concerned residents based on the fugitives’ particular circumstances, regardless of their backgrounds.

The families of the detainees were also provided with practical aid by the Immigration Department and HKSAR government’s office in Guangdong, Lee added.

He reminded families in need that they could make use of a free legal consultation service.

In his blog, Lee also slammed some politicians for glorifying and supporting violence in the past year for their ulterior personal political advantage and goals, which caused a lot of people to defy the law before they were arrested and charged.

Lee reiterated that individuals who break the law need to bear the legal consequences and he encouraged them to face their responsibility instead of living under the fear of absconding for the rest of their lives.