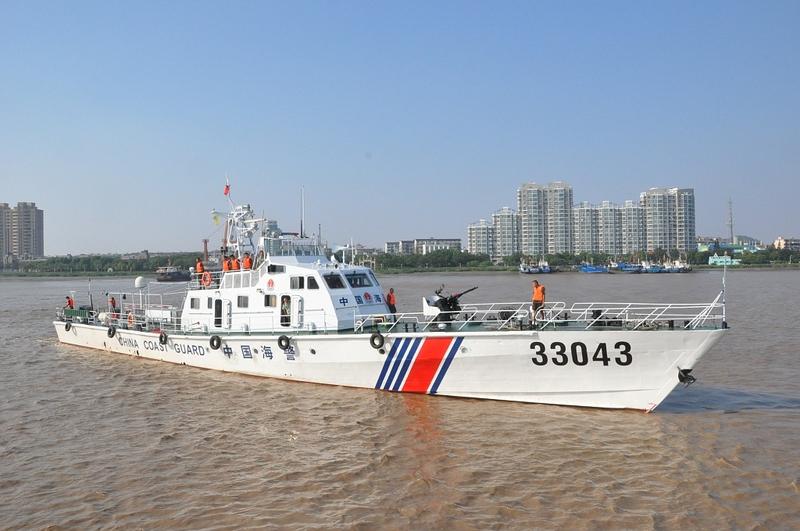 The China Coast Guard intercepted a group of Hong Kong people, including several young activists, while they were allegedly crossing the border unlawfully to flee to Taiwan on Sunday.

Coast guard officers from Guangdong intercepted their vessel while it was crossing the border illegally in the waters southeast of Guangdong province around 9 am on Sunday, the China Coast Guard announced on its social media account on Wednesday night.

According to local media in Hong Kong, opposition activist Andy Li Yu-hin, who is on bail after being accused of violating the city’s National Security Law, was among the suspected stowaways.

On Aug 10, Li was arrested together with media tycoon Jimmy Lai Chee-ying and activist Agnes Chow Ting on charges of collusion with foreign or external powers to endanger national security. He also faces money laundering charges for his role in a group that begged foreign powers to sanction Hong Kong. He was released on a HK$200,000 bail and had to surrender his travel documents.

According to local media reports, the 11 remaining men on the vessel had been arrested previously on suspicion of various criminal offenses.

According to local media in Hong Kong, opposition activist Andy Li Yu-hin, who is on bail after being accused of violating the city’s National Security Law, was among the suspected stowaways

One of them is a 20-year-old man who was accused of assembling two homemade bombs that were found hidden at Wah Yan College on Dec 9. Police previously told reporters that the bombs were designed to kill a large number of people.

The mainland coast guard also found on the vessel a man who was arrested on Nov 2 on suspicion of possession of offensive weapons, which included 188 complete and half-completed gasoline bombs, in a residential unit in Wan Chai.

Police Commissioner Chris Tang Ping-keung told reporters on Thursday that if a Hong Kong resident were to attempt to illegally cross the boundary onto the Chinese mainland, mainland authorities would handle the case in accordance with relevant legislation, and inform the special administrative region through a notification mechanism.

If such residents were wanted by Hong Kong police, they would be repatriated to the SAR and prosecuted for their crimes, Tang said.