Better language skills can create opportunities in both cities and the countryside, says educator 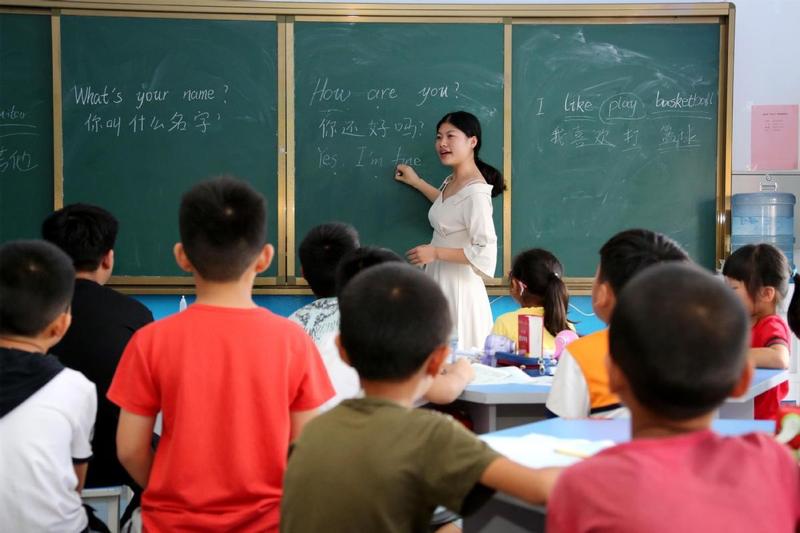 Editor's note: When the planet's most populous country thrives, the rest of world does too, and friends from other lands have been willing to help. This series explores the contributions of foreigners to China's success.

High-quality English education and greater exposure to the outside world are opening up better opportunities for children and teachers in rural areas, according to an executive of a language institute.

Such a leap in people’s English language proficiency on a large scale comes from the endeavors of the government, society and individuals

Language study changes a child's mindset and allows them to broaden their perspectives, said Gareth Magowan, vice-president of teacher recruitment and training at EF Education First.

"For people from rural areas, especially those remote and poverty-stricken ones, the more they communicate, the more opportunities they will have," said Magowan, who taught in China for over a decade.

"That will then trigger a string of changes in their life and mindset and they will eventually see the benefits of what's possible and what they're capable of doing."

"It's appreciable that China has combined the idea of alleviating poverty and increasing opportunities for education," Magowan said.

"Such a leap in people's English language proficiency on a large scale comes from the endeavors of the government, society and individuals." 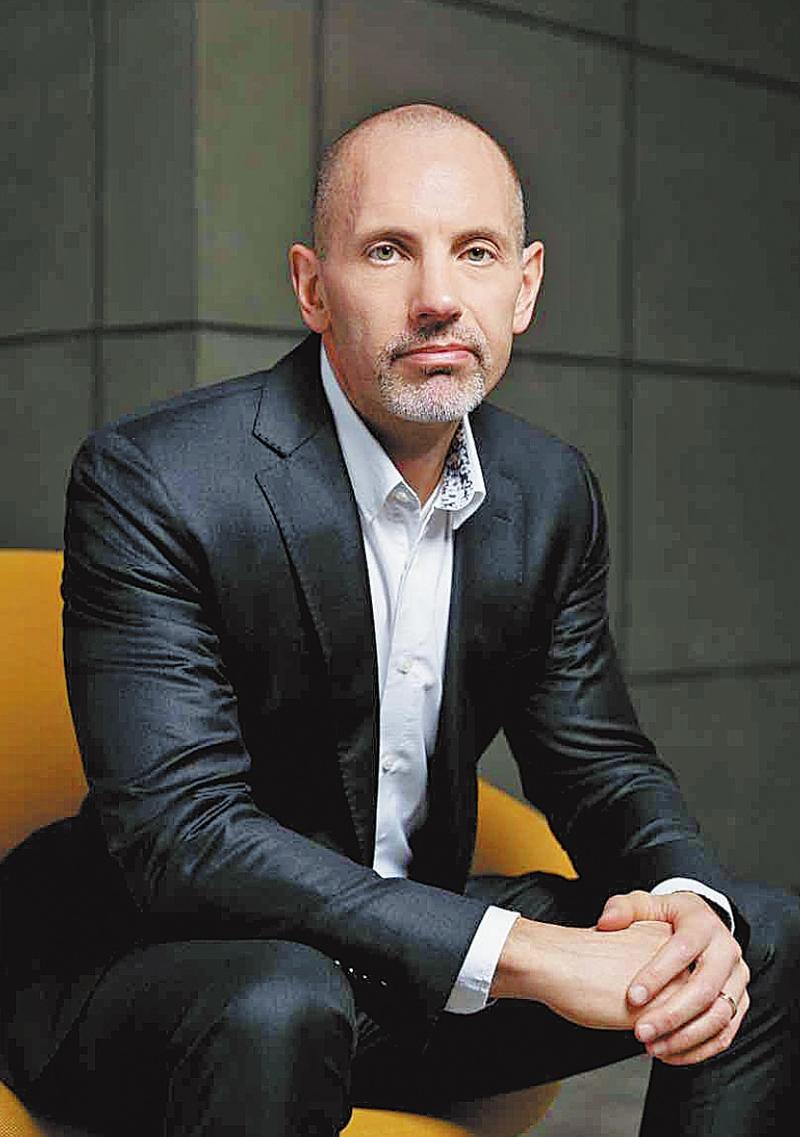 Gareth Magowan taught English in China for over a decade. (PHOTO PROVIDED TO CHINA DAILY)

According to the index, English proficiency in West China, including rural and urban regions, has made major strides over the past decade.

For example, Sichuan province, with 83 million people and the sixth-largest GDP of all the provincial-level regions, for the first time had a moderate English proficiency level, close to the rankings of Zhejiang and Guangdong provinces.

"English learning opens up windows for rural youth to access the latest information and knowledge across the globe, especially in the internet age," Magowan said, adding that almost all academic research papers are in English.

The urban-rural divide in English proficiency is being narrowed by rural teachers' improved skills, a greater enthusiasm for learning and teaching, an increase in learning resources, and opportunities provided by the internet and new technologies, he said. 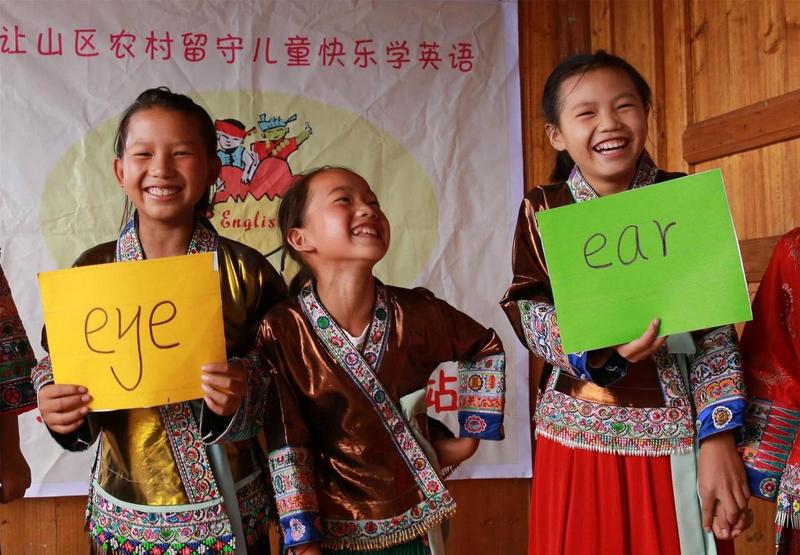 Magowan said English language education in China has become more focused on communicating in English about China's own culture.

"So English is not about the West influencing China," he said. "It's about China influencing the West with an increasing number of people going abroad and its massive power, technologically and economically."

Magowan said over the past five years, many expats had applied for a job at EF because their interest in the country had been piqued by a friend from China.

He said increasing exposure to English throughout China resulted in more mutual understanding between the East and the West.

In the past, English teaching materials focused on Western culture, which were of little interest to Chinese children, especially those in rural regions.

English educators and policymakers should make greater efforts to help rural youth find practical reasons to learn and speak the language. In cities, parents can see the value of learning English if their children want to study abroad or obtain a job with a foreign company, but those reasons make little sense to parents in rural areas. 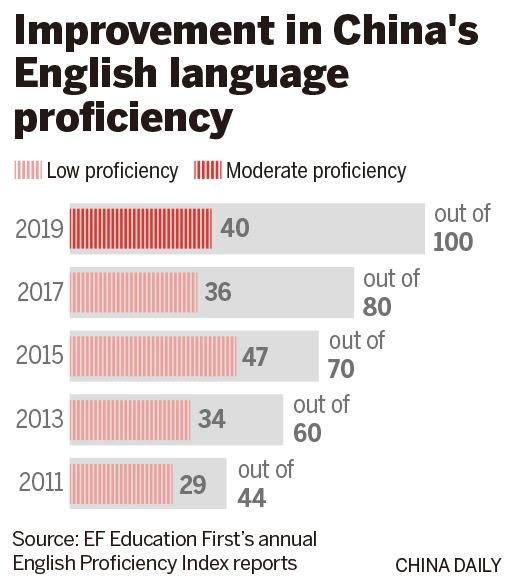 Magowan said on a trip to Guilin in the Guangxi Zhuang autonomous region two years ago, he met a street vendor selling honey who spoke no English.

"She tried to describe the merits and flavor of the honey with hand gestures. Just imagine how much more honey she would be able to sell to foreign tourists if she was able to speak English," he said.

Learning English to sell specialty products to the world, especially via the internet, could be a motivation for rural people to learn English, he said.

Over the past three years, EF has given 1,000 English teachers from underdeveloped areas six months of online language training.

Those who perform well take offline workshops with EF teachers about teaching methods and skills and 10 of them are sent overseas for two weeks of further language training.

Liu Lin, a teacher from Leibo, a poverty-stricken county in Sichuan, was sent to London last year.

"The kids will be inspired by the teacher's experience to see the opportunities behind English learning, which is confidence in communicating and expressing themselves and breaking down barriers within themselves and geographically," Magowan said.