China seeks to push on with phase-one US deal 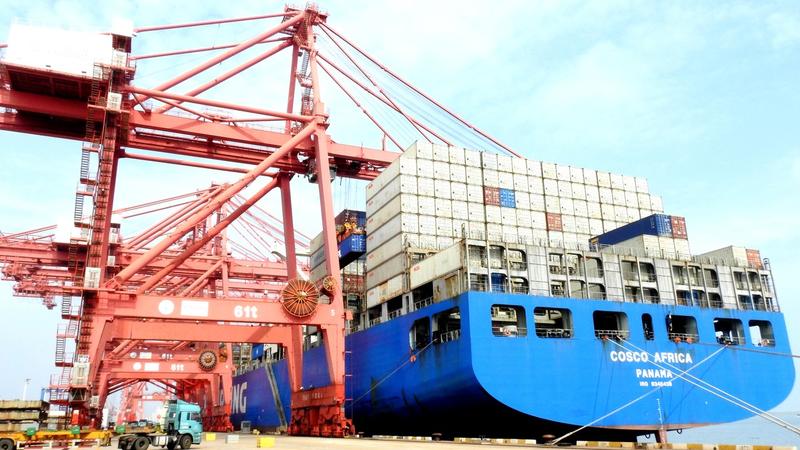 A container vessel unloads its cargo at a port in Lianyungang, Jiangsu province, on Tuesday. China's foreign trade has gradually recovered from the impact of the COVID-19 pandemic. (GENG YUHE / FOR CHINA DAILY)

Despite the pandemic and other disruptions, China has remained focused on efforts to implement the phase-one economic and trade deal signed with the United States in January this year, said a senior Chinese commerce official.

Relevant government departments of China have done a lot of work to put the phase-one deal into place, although the COVID-19 pandemic, tightened US export controls to China and other restrictive measures have impacted on China's goods and services imports, according to Ren Hongbin, assistant minister of commerce.

ALSO READ: Most US firms confident in China outlook

The official said it is necessary for both sides to work together to strengthen cooperation and overcome difficulties together.

Ren expressed his hope that the US could stop restrictive measures and discriminatory practices against Chinese companies and create conditions for the implementation of the phase-one China-US economic and trade agreement.

READ ALSO: US to suffer more if it decouples with China

Meanwhile, China will continue to expand its opening-up and optimize the business environment with an aim to provide more opportunities for companies around the world, a spokesperson said Thursday.

Foreign Ministry spokesperson Zhao Lijian made the remarks at a press briefing when asked to comment on a survey released by the US-China Business Council (USCBC).

Noting that China's economic growth turned to positive in the second quarter, Zhao said the Chinese economy has withstood the impact of the epidemic and demonstrated strong resilience and development potential.

Zhao said China has a huge market of 1.4 billion people and a complete industrial support system, and many authoritative international organizations believe that China injects confidence and momentum into the world economic recovery.