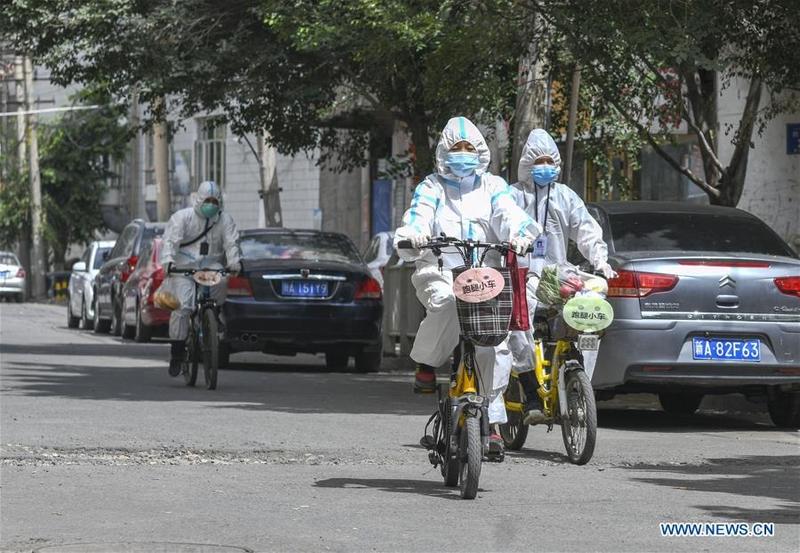 Among the new local cases, 28 were reported in the Xinjiang Uygur autonomous region while the remaining two cases were seen in Liaoning Province, the National Health Commission said in its daily report.

Four of the mainland's six new imported cases were reported in Guangdong province, and one case each was reported in Shanghai and Sichuan province, the commission said.

No deaths related to the disease were reported on the mainland, the commission said, while one new suspected imported case was reported in Shanghai.

Another 17 patients were discharged from hospitals after recovery on the Chinese mainland, and there were 800 patients still being treated, including 36 in severe condition, the commission said.

As of Monday, a total of 84,464 confirmed cases have been reported on the mainland, and 4,634 people have died.

Altogether, 79,030 patients have been cured and discharged from hospitals.

A total of 2,098 imported cases have been reported across the mainland, of which 2,001 have been discharged from hospitals while 97 people remained hospitalized, with two in severe condition.

No deaths from imported cases have been reported so far.

READ MORE: WHO: Wuhan 'not necessarily' zoonotic source of COVID-19

There were still five suspected cases on the mainland, the commission said.

The commission said 264 asymptomatic cases, including 112 from outside the mainland, were still under medical observation.

By the end of Monday, Xinjiang has reported 606 confirmed cases and 114 asymptomatic cases, and 15,213 people were still under medical observation.

Liaoning has reported a total of 255 confirmed cases, including 34 imported ones. Two people have died while 160 others have been discharged from hospitals after recovery. There are 29 asymptomatic people still under medical observation.

As of Monday, 3,589 confirmed cases, including 38 deaths have been reported in the Hong Kong Special Administrative Region (SAR), 46 confirmed cases in the Macao SAR, and 474, including seven deaths in Taiwan.

A total of 2,037 COVID-19 patients in the Hong Kong SAR, 46 in the Macao SAR, and 441 in Taiwan have so far been discharged from hospitals after recovery.