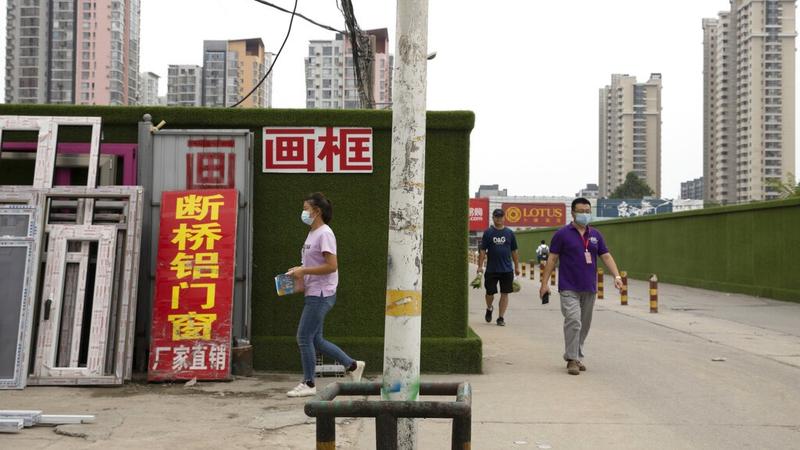 Residents wear masks as they go about their daily lives in Beijing, capital of China, July 30, 2020. (NG HAN GUAN / AP)

BEIJING - Nearly 90 percent of respondents in a recent survey by China Youth Daily believe they have strong awareness of epidemic prevention under regular control measures.

Of the 2,005 people surveyed, 90.3 percent said they are accustomed to the situation brought about by the current regular epidemic control

Of the 2,005 people surveyed, 90.3 percent said they are accustomed to the situation brought about by the current regular epidemic control.

Yang Xiaojun, who works at a bank in Yinchuan, capital of northwest China's Ningxia Hui Autonomous Region, has a strong sense of personal protection.

"The bank's business premises and equipment would be disinfected every day before operation begins, while every staff member would take their body temperature before starting work," she said.

Nearly 84 percent of the respondents washed hands regularly and more than 73 percent wore masks when stepping out.

Sixty-four percent of the respondents said they would maintain a healthier lifestyle after resuming work. More than 67 percent suggested a regular life and adequate sleep, while nearly 65 percent stressed good hygiene.

Xiang Jianyu, who lives in Beijing, said the habit of using serving chopsticks should be maintained and become part of social etiquette recognized by all after the epidemic is over.

Of those surveyed, 57.2 percent are from second- and third-tier cities and 33.9 percent live in first-tier ones.