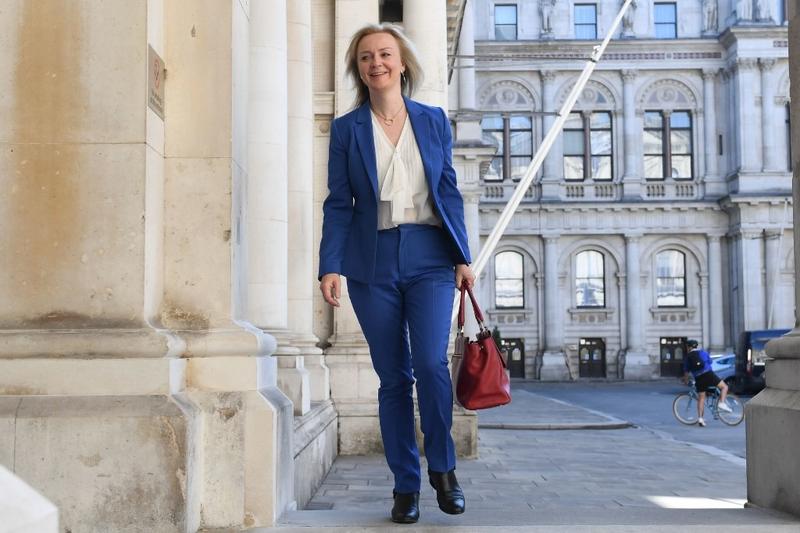 Britain's International Trade Secretary Liz Truss arrives at the Foreign and Commonwealth office to participate in the first in person cabinet meeting since the coronavirus lockdown in central London on July 21, 2020. (STEFAN ROUSSEAU / POOL / AFP)

“We are a step closer to reaching a comprehensive trade deal with a like-minded friend and ally,” Truss said in a statement.

“The first round of talks were positive and productive, with a shared aim to be particularly ambitious in areas including digital trade and sustainability.”

The next round of talks is planned for October.