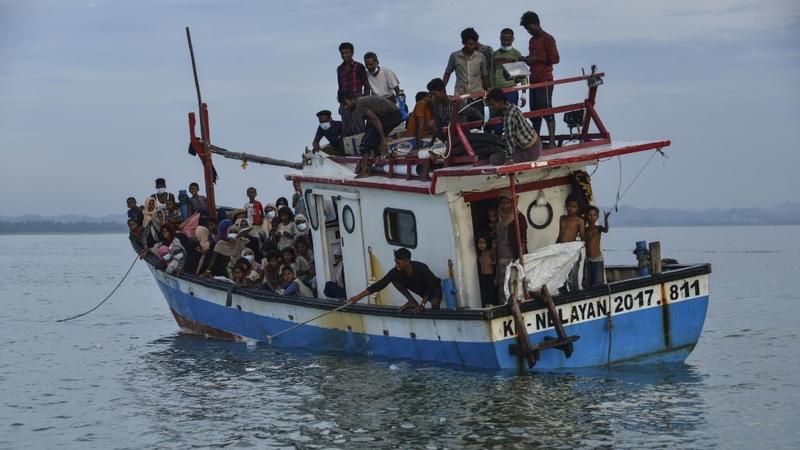 A boat carryingg Rohingya people from Myanmar arrives on the shorelines of Lancok village, in Indonesia's North Aceh Regency on June 25, 2020. (PHOTO / AFP)

KUALA LUMPUR - Twenty-six Rohingya refugees, who had been feared drowned while trying to swim ashore on the Malaysian resort island of Langkawi, were found alive hiding in the bushes on a nearby islet, a senior coastguard official said on Monday.

Malaysia does not recognize refugee status, but the Muslim-majority country is a favoured destination for Rohingya Muslims seeking a better life after escaping a 2017 military crackdown in Myanmar and, more recently, refugee camps in Bangladesh

Malaysia does not recognize refugee status, but the Muslim-majority country is a favoured destination for Rohingya Muslims seeking a better life after escaping a 2017 military crackdown in Myanmar and, more recently, refugee camps in Bangladesh.

Late on Saturday, one Rohingya swam ashore from a small boat off Langkawi’s west coast. Officials had feared that the rest of the group had drowned while trying to reach the beach, but they were later discovered on an islet just off the coast.

“They were found hiding in the bushes on the island,” Mohd Zubil Mat Som, director-general of the Malaysian Maritime Enforcement Agency (MMEA) said in a text message.

Authorities have detained the refugees. Two more Rohingya migrants have also been arrested for suspected trafficking in connection with the people found, Mohd Zubil said.

The refugees were believed to have transferred to a small boat to sneak into Malaysia, having travelled on a “motherboat” carrying hundreds of Rohingya from Bangladesh, the coastguard official said.

In a statement, MMEA’s provincial director Mohd Zawawi Abdullah said the refugees were smuggled in on local fishing boats that acted as “transporters” to bring them to Langkawi.

“Our investigations found that this syndicate transfers migrants from motherboats near the maritime border to local fishing boats to evade local authorities,” Zawawi said.

Last month, Malaysia had detained 269 Rohingya who arrived in Langkawi on a damaged boat. Mohd Zubil had said at the time that dozens of people on the boat were believed to have perished during a voyage that lasted four months.