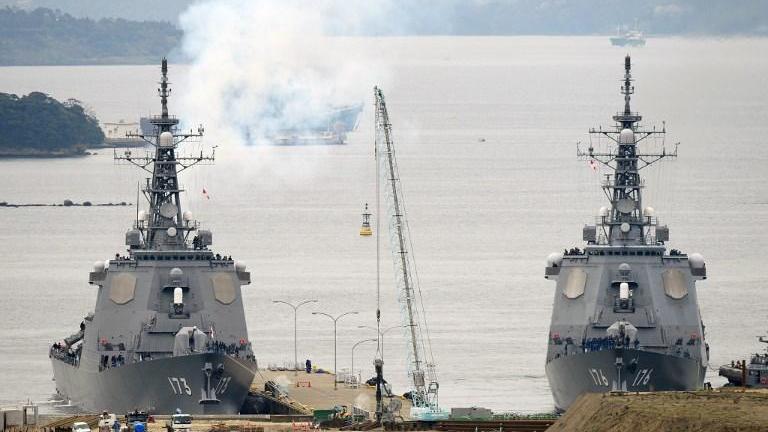 Japan, however, has not cancelled the US$1 billion contract for the defense system’s radars, built by Lockheed Martin, and is mulling a technical assessment from the US government that makes recommendations on using other sites that would eliminate the safety issues, said the source, who has direct knowledge of the process.

“Japan wants to preserve its contracts and reutilize equipment,” said the source, who declined to be identified because of the sensitivity of the matter.

Options include installing missile launchers on sea platforms or in remote coastal locations to eliminate the risk from falling boosters, the source said. Japan also has warships equipped with ballistic missile interceptors.

Aegis Ashore could be built at two of 28 existing air defense radar stations dotting Japan’s coast, according to Gen Nakatani, a former defense minister, who along with other former defense chiefs is in a group reconsidering defense policy in the wake of Kono’s surprise decision.

“There is no reason why we couldn’t put the radar, the combat system and missile launcher in separate locations. That is something we can consider,” he said in an interview.

Nakatani said he welcomed Kono’s decision to cancel Aegis Ashore because it was an opportunity to build an integrated air and missile defense (IAMD) system to tackle broader threats.

Japan picked Aegis Ashore in 2017 after Pyongyang fired 40 missiles over two years, some over Japan, and tested three nuclear bombs, the last of which had an explosive yield of 160 kilotonnes, eight times as powerful as the atom bomb that destroyed Hiroshima.

Subsequent Democratic People’s Republic of Korea missile advances, however, meant that Japan would have to pay more to upgrade Aegis when it switched on in 2025 so it could counter other threats, such as missiles on depressed trajectories that remain inside the atmosphere.

Japan’s National Security Council is considering new defense proposals, including the possibility of acquiring a strike capability to attack enemy missiles launchers, before reaching a conclusion by the end of September.